Destory All, the new CD from Pittsburgh Trio Strange Monsters, is full of character

“How would you feel if Optimus Prime was your older brother?” 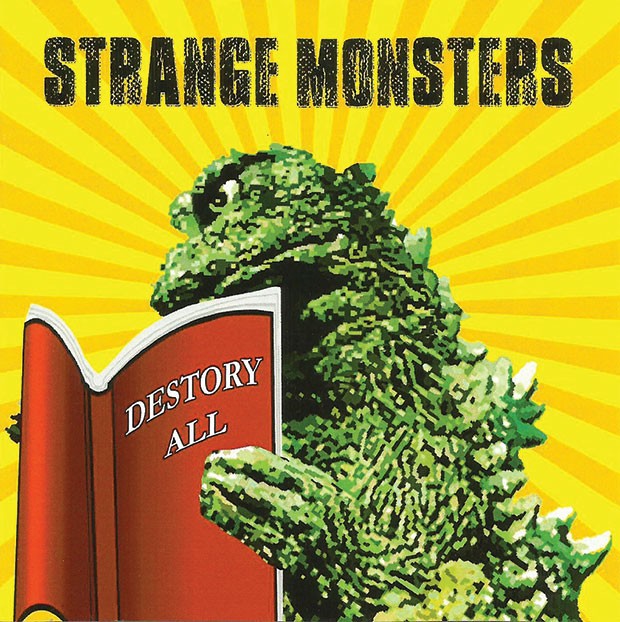 9:30 p.m. Fri., Jan. 20. Park House, 403 E. Ohio St., North Side. Free. 412-224-2273
“Sometimes the most absurd or ridiculous subjects can yield the deepest meanings,” says guitarist/vocalist Don Strange, of the local trio Strange Monsters. The perfect example comes in the opening track on their most recent CD, Destory All (no, that’s not a typo). “Optimus Minor” salutes all the underdogs of the world, using the would-be younger brother of Transformers leader Optimus Prime as an example.

“How would you feel if Optimus Prime was your older brother? You’d probably be pretty messed up, not from anything he did to you directly, but because of the way everyone treated you in reference to him,” Strange says. “If you use absurdity or dark humor effectively as a narrative device, it makes the listener consider things differently. Their mind has to approach the idea of the song from an unfamiliar angle.”

That might sound completely ridiculous if it weren’t so catchy. While Strange and drummer Tim Kelly bang out a power-chord riff, Maurice Bajcz adds extra dimension with some ominous synthesizers, evoking both prog rock and the incidental music that could be found in a Transformers movie scene. Five minutes after the song is over, the chorus is still stuck in your head. On other tracks, Bajcz switches to bass guitar, resulting in a leaner, classic trio approach. Strange churns out some sharp guitar leads, too.

The lyrics continue to use fictional characters as metaphors for daily living. “On this album, the characters are always in crisis, whether it’s a crisis of identity or of expectations or just an inability to process all the information that gets thrown at them daily,” Strange says. “All three of us in the band have small children in our homes, so maybe it’s some sort of new-father complex. Maybe a good deal of this subject matter stems from the very real and important changes in our lives.”

Or maybe Strange Monsters, which released Destory All in the fall of 2016, sensed the impending doom that will coincide with their performance this Saturday.