Despite some setbacks, Four Chord Music Festival returns for a second year

Adversity is a funny thing. Whether someone gives up or keeps going can say a lot about that person.

But what some might consider failures, or at least major stumbling blocks, Four Chord Music Festival organizer Rishi Bahl sees as learning opportunities.

Bahl has seen his fair share of challenges — including everything from date changes and last-minute lineup switches to financial setbacks — but few would call the Four Chord Music Festival, happening Sunday at XTAZA Nightclub, a failure. More than 1,000 people attended the fest’s debut last year, and around the same number are expected in 2015.

Last year, Bahl says, all of the touring bands more or less fit the same pop-punk genre, but this year’s bill presents a 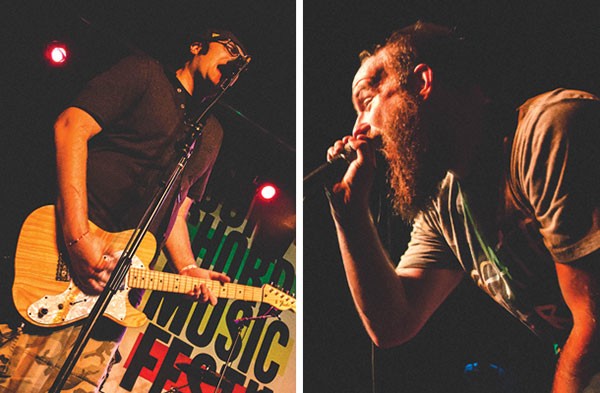 Despite its stellar lineup, the Four Chord Music Festival has strayed from Bahl’s original concept.

Last year’s inaugural fest was supposed to feature a variety of old-school pop-punk bands, like Less Than Jake. But thanks to scheduling conflicts, the lineup was filled with younger (but still well-established) pop-punk bands like The Wonder Years and Real Friends.

More importantly, the goal was to start an all-ages, mixed-genre, one-day music festival in Pittsburgh — the kind that Bahl had seen and played elsewhere with his band, The SpacePimps.

But for Bahl, Four Chord is more than a music festival. It’s his way of helping the music scene that he grew up in to expand and flourish. Half of the bands playing on Sunday are local or have a connection to Pittsburgh. In addition, Bahl stresses that with 18 bands playing and tickets costing $30 (VIP packages are also available), it costs fest-goers approximately $1.66 to see each act.

“I believe every one of the bands playing is worth more than that, even if you are coming for one or two bands,” Bahl says.

Thinking ahead to next year, Bahl is aiming for a larger-scale, outdoor format — something he’d planned for this year but had to scale back after a business partner bowed out. If that doesn’t pan out for 2016, he wants to do the fest over two days. If nothing else, he’s learned to be flexible. Putting together Four Chord hasn’t been easy, but Bahl is resilient, joking, “Fucking up is probably the best thing that’s ever happened to me.”