Despite some gaps on the roster, Pirates have reason for optimism | News | Pittsburgh | Pittsburgh City Paper 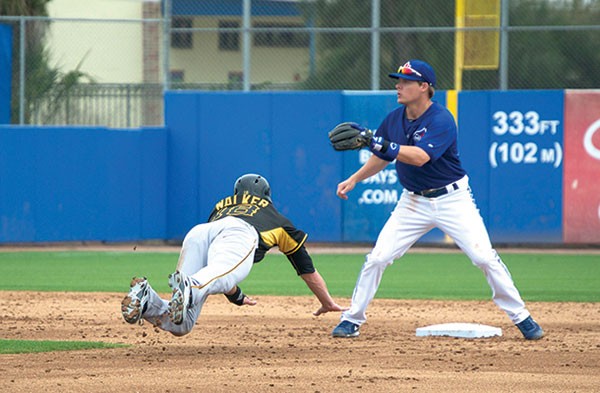 Standing in front of his locker at McKechnie Field in Bradenton March 10, Andrew Lambo was brimming with confidence.

The young power hitter set the minor leagues on fire last year, belting 32 home runs and 99 RBI. He didn't put up such numbers when he reached the big leagues late last summer, but coming into spring training, expectations were high. Lambo was being groomed to platoon at first base with Gaby Sanchez, and despite anemic numbers for the spring — four hits in 42 at bats — Lambo was feeling optimistic.

"I feel good," he said. "I'm not getting many hits, but we're not going to hang our hats on getting hits at spring training. First base is getting really comfortable. Everything's going fine."

Fifteen days later, Lambo was sent back down to the minors ... an apt example of how the Pirates, while managing to hold onto the nucleus of last year's breakaway success, have done little in the off-season to fill gaps in their roster.

Expectations are high for the Buccos after last season's 94-win season and first post-season appearance since 1992. Center-fielder Andrew McCutchen was named league MVP, and manager Clint Hurdle was named National League Manager of the Year. But as Hurdle himself acknowledges, the Pirates still have some of the same holes — namely in first base and right field — they started 2014 with.

The situations at right and first base, Hurdle said in early March, "were question marks before spring training and they're questions we're still trying to get answered now."

Heading into the home stretch last year, the Pirates tried to patch the holes, acquiring outfielder Marlon Byrd and first-baseman Justin Morneau. Both are gone now — Byrd to Philadelphia and Morneau to Colorado. The plan this season is for a platoon at each position. As of this writing, since the end of the Lambo experiment, Sanchez was slated to share time with light-hitting free-agent acquisition Travis Ishikawa.

In right field, it will be Jose Tabata likely splitting time with Travis Snider — a trade-deadline acquisition from 2012 who has done little to win the job outright. Tabata, on the other hand, started to show signs of life late last season after an injury and a stint in Triple A. Tabata hit .312 over his last 39 starts, according to cbssportsline.com, and said he's confident going into the season.

"I've been working hard to get back this season and I feel like I've had a pretty good spring," Tabata said, adding that he can't worry too much about the amount of playing time he gets, or perceptions that the Pirates need help in right field. "My plan is to be ready whenever [Hurdle] needs me and go out and do the best I can.

"My goal every day is to go out and be better than last year."

But it's hard to find fault with a team that won 94 games, broke a 20-year losing streak and went to the playoffs last year. Especially when you don't need to make many changes to your scorecards for this year's campaign.

The spot-on bullpen, known last year as The Shark Tank, is largely intact and led by closer Jason Grilli and set-up man Mark Melancon. And despite losing pitcher A.J. Burnett in the offseason, most of the Pirates starting rotation should be as strong as it was year, with leadership from veteran Francisco Liriano and second-year hurler Gerrit Cole. Charlie Morton is also looking to build off his success after returning last summer from Tommy John surgery.

The biggest question on the mound is off-season acquisition Edinson Volquez. Despite a standout season in 2008, Volquez has since ranged from mediocre to terrible. And while pitching coach Ray Searage has managed to work wonders in the past, helping Volquez — who posted a spring training ERA of 9.60 — may be one miracle too many.

Meanwhile, although right field remains a question mark, McCutchen and left-fielder Starling Marte are coming off great years. As good as McCutchen was in 2013 — .317 batting average, 21 home runs, 27 stolen bases and 84 RBI — Hurdle said there is plenty of room for him to get better.

"Sure, he can improve," Hurdle said. "He'll be the first to tell you that. He didn't have a career year offensively. There's still more growth there. We want to work on his ability to drive more runners in, and I think his stolen-base game still has room for growth.

"And he knows better than anybody else that if he can get a little bit better, then this team is going to get better."

For his part, Marte said he too can get better and improve on last year. In 2013 he hit .282 and ranked third in the National League in stolen bases and second in triples. He missed nearly a month with a hand injury. 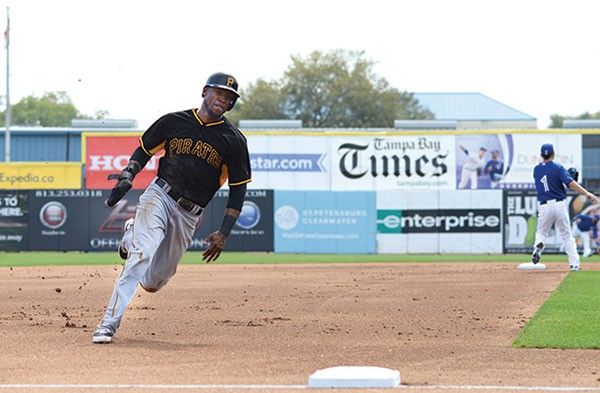 "My goal is to get on base more," said Marte, who said he has been "working on getting better pitch to pitch, waiting for the pitch I want."

"I put in my mind what I want to accomplish and I've been working hard to get there."

There are strengths in the infield, too. The Pirates will be looking for another strong performance from third-baseman Pedro Alvarez, who became an All-Star with 36 home runs and 100 RBI. He shared the National League home run title with Arizona's Paul Goldschmidt.

Catcher Russell Martin is better known for his work behind the plate than at it, but if this spring is any indication, he could make a big splash for the Pirates offensively. Martin hit .333 with four home runs and 10 RBI in just 11 games. Defensively, there weren't many catchers better. The 29 runners he caught stealing last season led all major-league catchers. Hurdle said Martin's intangibles could be huge for the Pirates this year.

"Russell has worked very hard to get healthy in the off-season," Hurdle said. "He's throwing the ball dynamically from behind the plate and ... he seems more focused offensively. He's been a really good player for us and when he feels healthy, I think it's just going to help our all-around game."

Still, as those lingering questions at first and right field suggest, the team can't afford to take anything for granted. And going into the regular season, they're pledging not to.

"Last year was a good year and if you look at the makeup of this team, it's a lot of the same guys who are now a year stronger," said utility infielder Josh Harrison. Still, he added, "What happened last year doesn't affect this year. It's a clean slate and we just need to focus on getting better every day."