Despite anti-immigration sentiments among conservatives, some say there are benefits to embracing a new Roma community in California, Pa. | News | Pittsburgh | Pittsburgh City Paper

Despite anti-immigration sentiments among conservatives, some say there are benefits to embracing a new Roma community in California, Pa. 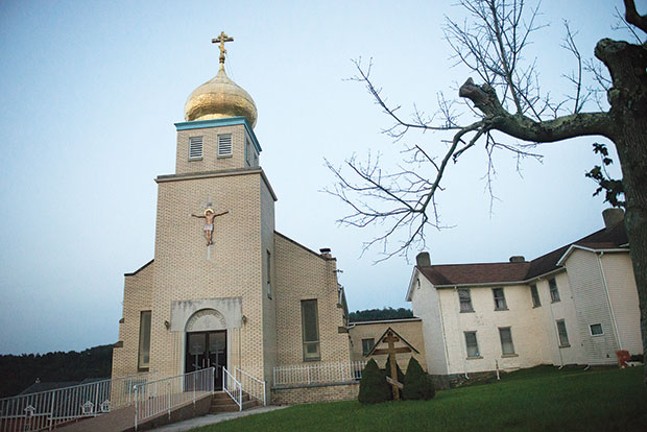 Late this past winter, a new group of residents began moving into the small, former coal community of California, Pa. The Mon Valley town, home to about 6,000, gained dozens of new inhabitants, made up mostly of traditional families — father working a blue-collar job; mother cleaning, cooking and caring for young children.

These new residents hail from Europe and tend to honor their cultural traditions, which include craftsmanship, music, dance and entrepreneurship; they practice Orthodox Christianity. On paper, they resemble a good example of the kind of people a small town is looking for.

But the new residents have been met with resistance; their apparent similarities with small-town Pennsylvanians couldn’t outweigh their differences.

These immigrants from Romania are part of an ethnic minority known as Roma, sometimes derogatively called “gypsies.” Many don’t speak English, and all are currently awaiting asylum hearings as part of a U.S. Immigrations and Customs Enforcement program called Alternative to Deportation. According to a recent Pittsburgh Post-Gazette article, the Roma claim they were persecuted in Romania, and moved to California because it’s peaceful and affordable.

However, many in California say the newcomers have caused havoc. After a July borough meeting with hundreds of angry townspeople — hundreds more signed a petition to “end housing of illegal immigrants” — the conservative media went wild.

Tucker Carlson, host of Fox News’ top-rated Tucker Carlson Tonight, inflamed rumors that the Roma were defecating in the streets and strewing trash across the town. Carlson also claimed the California Roma don’t “seem interested at all in integrating,” but his piece didn’t reference any interviews with locals.

Despite the outrage from some conservatives, pro-immigrant conservatives believe there’s good reason to embrace the Roma in California. Local Republican politicians have been mum on the issue, and some Mon Valley residents are torn, but others believe there is a friendly way forward.

Historically, the Roma have received hostility almost everywhere they have gone. The Roma and their descendants are located all throughout the world, but most live in Eastern Europe, where they have been for more than 1,000 years. In medieval Europe, the Roma were slaves. Historically, the Roma are a nomadic people, but in the 1700s many European nations removed their right to own wagons and horses and forced them to assimilate. During the Holocaust, the Nazi regime stripped citizenship from the Roma, and an estimated 250,000 to 500,000 were sent to concentration and death camps.

The Roma also haven’t really been welcomed in the U.S. In the 1860s, during the debate over the 14th amendment to the U.S. Constitution, which granted birthright citizenship, Pennsylvania Republican U.S. Sen. Edgar Cowan objected to granting citizenship to “a Gypsy born in Pennsylvania.” Cowan said immigrants like the Roma were invading the U.S., had no allegiance to the country, didn’t pay taxes or serve in the military, and shouldn’t be allowed to become citizens. 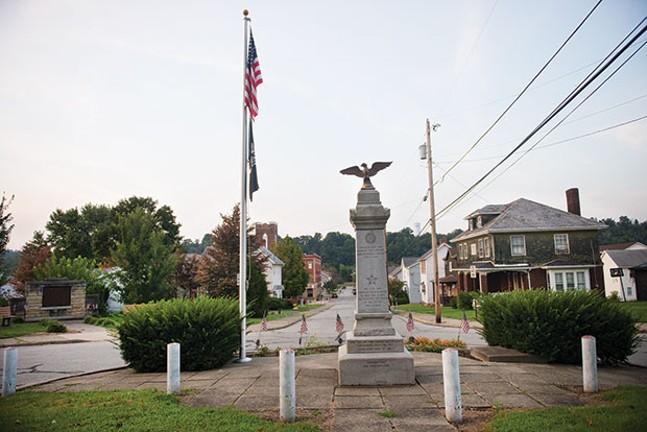 Linda Chavez, the chair of the Falls Church, Va.-based Center for Equal Opportunity, a conservative think tank with pro-immigration stances, says that Cowan’s objection to the Roma echo the current sentiments of some immigration hardliners today.

Chavez says the Roma people’s history is one reason small-town residents should welcome them. But she adds that embracing Roma immigrants should go beyond humanitarianism. Chavez, who served on the U.S. Commission on Civil Rights under President Ronald Reagan, says new immigrants can revive struggling small-town economies.

In fact, many small towns across the U.S. have benefitted from an influx of immigrants. And some are in Republican strongholds, like Sioux Center, Iowa, and Greenport, N.Y., both of which have seen economic benefits thanks to immigrants. Hazleton, Pa. has also rebounded after decades of decline thanks to an influx of Latino immigrants from the Dominican Republic. All three of these towns are represented in Congress by immigration hardliners, including Rep. Lou Barletta (R-Hazleton), who is running for U.S. Senate.

Chavez says it’s hypocritical for many Republicans to adopt anti-immigrant stances, because Republicans tend to be staunch supporters of free-market capitalism. To bar newcomers, she says, is to advocate for less growth.

“Conservatives have generally understood that growth is positive,” says Chavez. “You can achieve economic growth two ways: by increasing productivity or by population growth. It’s best if you can have both. I am always frustrated by my fellow conservatives who seem to understand economics when it suits them, but when you have newcomers, then suddenly all of those ideas are put aside. They revert to tribalism.”

Politically, California, Pa. is represented primarily by Republicans. The town isn’t exactly a bastion of conservative politics, but its support for Republicans is growing. In 2012, President Barack Obama carried the town by 17 points, and incumbent U.S Rep. Bill Shuster (R-Hollidaysburg) lost California by 23 points, although Shuster won the seat anyway. In 2016, however, Democratic presidential nominee Hillary Clinton won California by only 4 points, and Shuster actually won the town by a point, gaining 24 percentage points there in just four years.

How Pittsburghers can help Afghan refugees arriving in the community