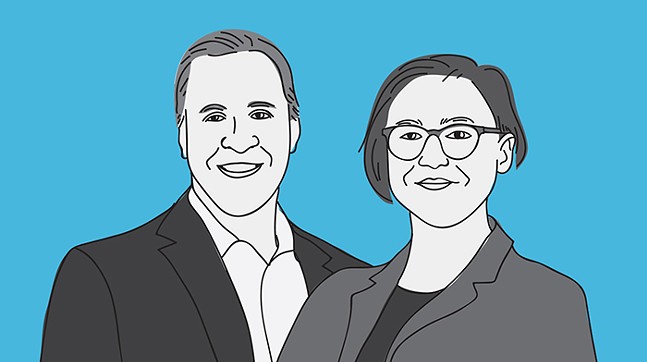 Evictions: In February, called on Pittsburgh City Council to issue eviction moratorium during pandemic. As a renter, believes she personally understands the issue. Told Pittsburgh City Paper that evictions were a “public health crisis,” saying, “Any city official has to help the health and safety of the residents. Not doing so is hurting people.”

Police: Wants to divert funding from the police budget and invest in all aspects of public safety, including funding social workers, mental health specialists, EMTs, and more. Recognizes some communities fear police and changes should be made. “Doing public safety right means all Pittsburghers — including Black and Brown Pittsburghers — need to feel safe walking down the street or driving on the parkway.”

Infrastructure: Wants city funding to address “crises in flooding, snow removal, and infrastructure” in her district, according to a Pittsburgh Post-Gazette story. Believes the city overlooks her district in favor of the East End. Cites lagging public works response, parks maintenance, and access to affordable housing as issues in her district.

Evictions: In February, part of unanimous vote to enact citywide eviction moratorium. Part of discussion to adopt law that covers landlord and tenant rights. Expressed concern for landlords who worry about losing rent payments and falling into debt.

Police: Has defended need for increased police presence. In December 2020, Coghill expressed concern about a vote to divert $5.3 million from the police to fund the new Stop the Violence initiative, reportedly citing local sporting events and the city’s hilly terrain as justifications for more policing.

Infrastructure: Says his record shows progress on improving snow removal and winter road maintenance in his district, contrary to Cameron’s claims. Points to successes like revitalizing the Las Palmas taco stand on Brookline Boulevard and tearing down dilapidated St. Basil’s school on Brownsville Road. Does not see affordable housing as an issue in his district.