Irvine talks about the upcoming TV show, and how restaurants can lose their way 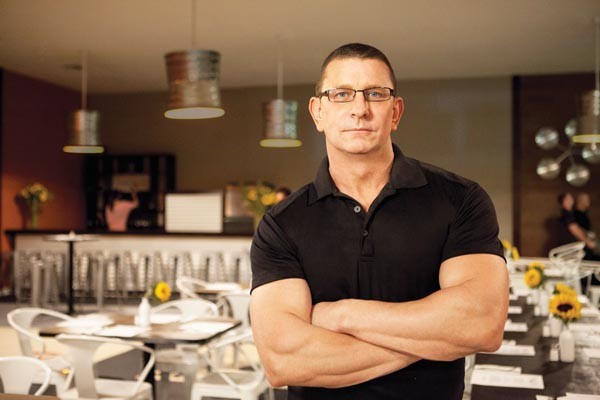 Late last year, Del's, the longstanding Italian restaurant in Bloomfield, was the beneficiary of a "makeover" from Restaurant Impossible. The Food Network show sends chef Robert Irvine and a small crew to struggling venues, where they freshen up the décor, revamp the menu and sort out staffing and management problems. Irvine spoke by phone from Memphis about the upcoming show.

Any hints of what the viewer will see?

Marianne [DelPizzo], one of the co-owners, had a rebirth of grand proportions — understanding how to run a business, who she is, and what a business needs to do to run successfully. From a food standpoint, John, her brother who runs the kitchen, got an education in a different style of food.

The show is about changing people as well, about educating them, making them see who they are and what they do, and if they do things wrong, how to correct them. ... Hopefully, we did some good; I'm pretty sure we did.

I loved doing it, except there were some very intense moments between management and staff — I mean, really intense moments. But I think the episode will show what stress does in the work environment when you're making no money.

What is the biggest financial mistake that restaurants make?

They open a business without money in reserve. Businesses that have been running a long time and doing very well make the mistake of not taking a percentage of that gross and putting it into a rainy-day fund for when equipment breaks or economies get slow. It doesn't matter whether nobody is coming in: The bills are still there.

I hear this all the time: "The guests love my food." But I think people cook the things they want to cook, and they believe that the guests like them. The easy way for me to find out is to ask: "What's your top-selling item?" And if you say your top-selling item is this, and it's got 30 sales in two months .... hmmmmmm, that's an issue.

How problematic are lengthy menus?

It confuses the guests: It's too much and you don't know what to order. And when you order it, they have to defrost it, because nine times out of 10, it's frozen. Mr. Smith had it three months ago, but it's still on the menu — and it stays there, in the freezer. The quality of the product is not good because they have to keep so much stuff on hand.

What can diners do when they have an unsatisfactory experience?

It's very important when a customer has a complaint that they deal with it immediately — by asking the server to see a manager and discussing it until [the complaint is resolved] satisfactorily. I think one of the problems with most restaurants is the [staff] doesn't listen. They'll say: "Well, the sauce is great. It's the way we've been making it for 300 years. It's you — you suck." And trust me, I've heard that.