A sentimental comedy that asks: What do I tell my 533 kids? 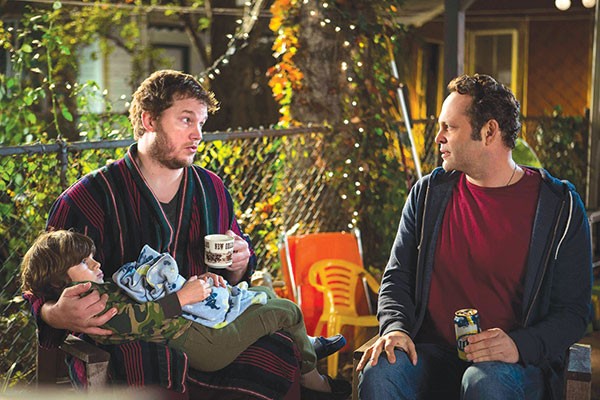 Words I never thought I'd write about a Vince Vaughn comedy: "The fun was undermined by the earnestness." Ken Scott's film is a remake of a Canadian comedy about an underachieving dude (Vaughn) who discovers his youthful donations at a sperm bank have resulted in 533 children, more than a hundred of whom are suing to learn his identity. Freaked out but intrigued, our hero starts by anonymously inserting himself into the lives of his grown children. It's an absurd premise that needs a light touch, but Scott's film veers closer to Lifetime. If you want a thoroughly predictable tale about a dad who reconnects with dozens of his kids, then have at it. But prepare to suspend a lot of disbelief for this redemption tale to make sense.