"The law is not just to punish crime, but also to affirm who is valued in this country." 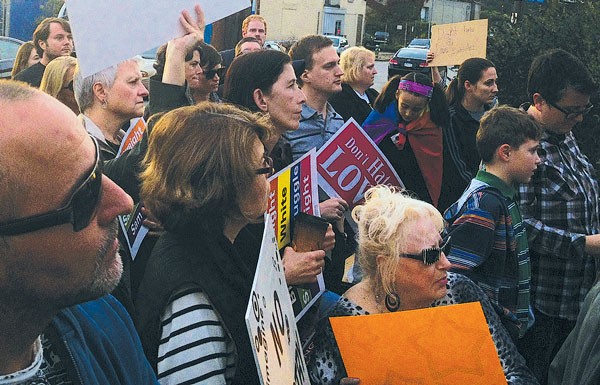 Photo by Alex Zimmerman
A crowd of about 100 gathered in Lawrenceville on Oct. 9 to protest the Oct. 6 beating of Ben Stoviak.

On Oct. 9, three days after Ben Stoviak was beaten outside a Lawrenceville gay bar, Zone 2 Police Commander Eric Holmes unexpectedly waded into a group of protesters.

"The criminal-justice system can be a slow system," Holmes told the crowd, but it "will bring to justice everyone who committed this crime."

The protesters demanded police treat the incident as a hate crime, which would mean harsher penalties for Stoviak's attacker. But as Holmes explained, Pennsylvania's hate-crime law doesn't cover sexual orientation or gender identity. The state is one of 20 that lack such protections for LGBT victims.

The crowd of about 100 gathered in response to an incident Stoviak wrote about on Facebook the day after he was beaten: "Last night, a group of men attacked me and my boyfriend on Butler Street in Lawrenceville. After yelling, from across the street, 'Faggot!' at us, I replied, 'yes, we're faggots!' Immediately after, the group of men ran across the street and began hitting, kicking, and stomping me."

Vincent Happ, 24, has been charged in the incident. He admits fighting with Stoviak, but he told police he was talking to his friends when he used the word "faggot." "We tried to tell them that we were speaking to each other," Happ told police according to a criminal complaint, but Stoviak "would have nothing of it and kept instigating a fight."

A photo Stoviak posted to Facebook of his own bloodied face had already been shared, attracting thousands of "likes" and earning coverage from the Huffington Post.

There are some discrepancies between that account and what is included in police reports: Stoviak, for example, claims he and his boyfriend were "in the hospital until almost 10 am," while police say Stoviak refused treatment at the scene.

And while questions remain about the incident, the outcry points to a larger conversation about hate-crime laws: Is the purpose to deter future crime, or to change social norms? How do police evaluate whether someone commits a crime out of bias?

Law-enforcement agencies already deal with hate crimes, since the state's Ethnic Intimidation Act asks officials to determine if there is "malicious intention" toward someone else's race, color, religion or national origin.

Holmes says he believes there should be protections for the LGBT community, because the penalty enhancements serve as a deterrent. But "we can only take the facts that are presented to us," he says. "We don't witness it — we're going off of what other people say."

The Stoviak incident had elements of a hate crime, Holmes says, and it was reported to the FBI by the department as a crime motivated by bias.

That means if Pennsylvania had hate-crime provisions for sexual orientation, Happ's second-degree misdemeanor could be bumped up to a first-degree charge, which would carry a maximum prison sentence of five years, instead of two.

Still, Holmes says, he's not seeing these cases all the time. 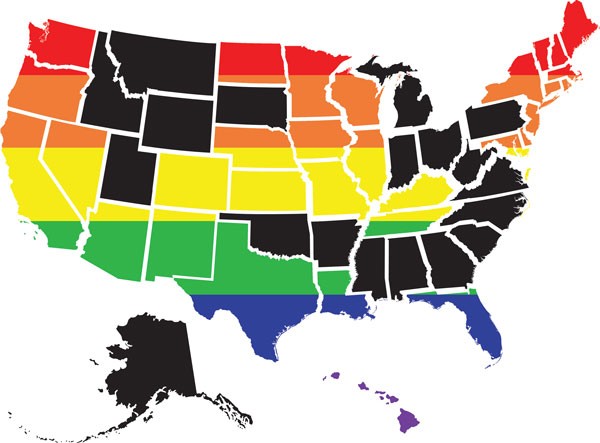 "There isn't a crisis out there with regard to hate crimes," Holmes stresses, adding that Pittsburgh police only report a handful of them each year.

At first glance, it seems as if hate crimes barely register in FBI crime data, which is reported by local law enforcement. In 2011, the most recent year available, there were only seven reports of sexual orientation-related hate crimes in Pennsylvania. In 2010, there were 10 reports. In 2009, there were only five.

Heidi Beirich is director of the Intelligence Project, a part of the Southern Poverty Law Center that tracks hate groups. She cautions against using the FBI data to gauge the prevalence of hate crimes: "Hate-crimes statistics are self-admittedly terrible," she says.