Death Panels: Republican-led House committees are killing LGBT anti-discrimination bills before they get ever get a chance to live | News | Pittsburgh | Pittsburgh City Paper

Death Panels: Republican-led House committees are killing LGBT anti-discrimination bills before they get ever get a chance to live

"Every bit of momentum is in favor of equality — except for Rep. Metcalfe." 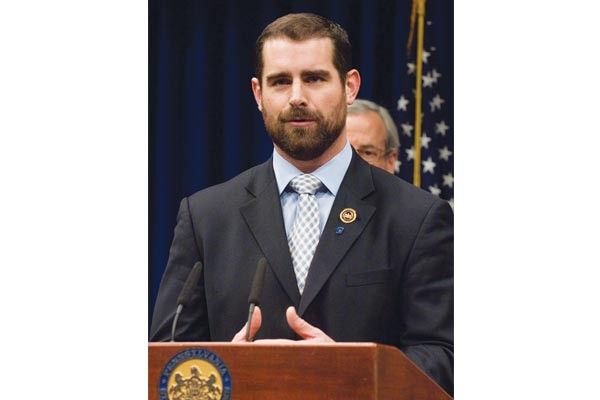 Just three months ago, it seemed like Pennsylvania was almost destined to — finally — outlaw discrimination on the basis of sexual orientation, gender identity and gender expression. In May, a group of 102 state legislators in the House and Senate announced their sponsorship of House Bill 300 and Senate Bill 300, which amend state anti-discrimination laws to include LGBT Pennsylvanians.

"More and more people inside the Capitol — from both parties — agree" that "[b]eing gay or transgender has nothing to do with your ability to do a good job or to be a good neighbor," said state Rep. Dan Frankel (D-Squirrel Hill), a prime sponsor. One recent poll found that nearly three-quarters of Pennsylvanians support the legislation.

But those voters and their representatives may take a backseat to state Rep. Daryl Metcalfe (R-Cranberry) — perhaps the most conservative, and certainly the most vocal, member of the Republican caucus.

After being introduced, bills are referred to standing committees, where officials may hold hearings and vote on whether to forward the legislation for a full vote. Or the bill may languish there forever, if the committee's chair opposes it.

And Speaker of the House Sam Smith referred HB 300 to the State Government Committee, which Metcalfe heads.

On Aug. 14, Metcalfe told public-radio reporter Mary Wilson that he was not planning a vote, or even a public hearing, on HB 300 because most committee members oppose it. "I don't bring up bills just to defeat them," he said.

Metcalfe's hostility to even discussing the issue also comes as little surprise. Earlier this year, he made headlines for silencing state Rep. Brian Sims, an openly gay Philadelphia Democrat, when Sims was about to address the House on a pair of LGBT-friendly U.S. Supreme Court rulings. Metcalfe said he wanted to stop Sims from defying "the word of God."

Smith did not return a call for comment. But while previous versions of HB 300 had also been referred to the State Government Committee, there were hopes this time would be different.

"This is a setback," admits Ted Martin, executive director of LGBT advocacy group Equality PA. "But we just had the 91st legislator — a Republican — sign onto the House bill, and we'll continue to seek more cosponsors."

And Sims says "I still feel pretty good" about HB 300's prospects. "It already has more support than 90 percent of the legislation that comes through here," he says; fewer than a dozen more House supporters are needed to earn a majority. "Every bit of momentum is in favor of equality — except for Rep. Metcalfe."

In fact, the Senate's version — Senate Bill 300 — has better prospects. The State Government Committee there is chaired by Lancaster County Republican Lloyd Smucker: While he didn't return a call for comment, committee minority chair Matt Smith, of Mount Lebanon, says, "I'm cautiously optimistic we'll see action on the bill in the near future."

Smith notes that one of the Senate committee's Republicans is a co-sponsor, as are all four Democrats. Passing the 11-member committee, then, requires only one more Republican vote; Smith predicts that the bill would pass the full Senate "by a comfortable margin."

Even if that happened, though, the bill would go over to the House, where it could be referred to ... Metcalfe's committee.

"Committee chairs have a lot of power," says Andy Hoover, legislative affairs director of the state American Civil Liberties Union. "They decide what bills will be considered."

LGBT advocates do have options. They could try to offer the text of HB 300 as an amendment to another piece of legislation, bypassing the State Government Committee. Or they could file a "discharge resolution," in which the House votes to pull a bill out of a committee, despite the chair's wishes. When Republicans were in the minority, Metcalfe himself used such a resolution to force action on an anti-immigration bill.

But discharge resolutions "are generally not successful," says Vitali, the Philadelphia Democrat. Partly, he says, that's because, "If you're a Democratic committee chair, it could be you next time."

What's more, Vitali says, even if a discharge resolution passes, leadership "can play games like re-referring the bill to another committee" — where it might die anyway.

As Sims acknowledges, with Republicans controlling both Houses of the legislature, there almost certainly isn't a House committee where a majority would support HB 300. But the bill might at least get a hearing — and that "is critically important," Sims says. "We haven't had people testifying before us about the impact of discrimination, saying, ‘You're telling me I've lived and worked here my whole life, but I'm not treated equally?'"

Metcalfe might be resistant to such pressure, says Sims, but voters could have more luck with House Speaker Smith: "People should be calling the speaker, and saying, ‘You knew what would happen by assigning this bill to the State Government Committee. So either you support discrimination, or you're taking orders from the Tea Party.'"

"Pressure needs to be brought on Republican leadership," agrees the ACLU's Hoover. "Hopefully, it's just a matter of time."