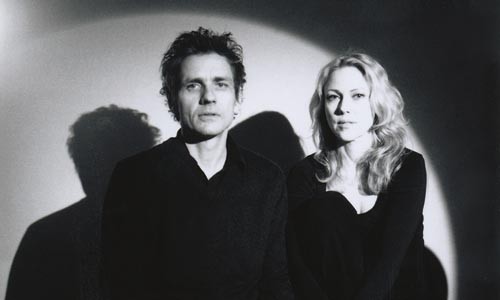 Pittsburgh has become something of a second home for Dean Wareham and Britta Phillips: In addition to several appearances at The Andy Warhol Museum, the former Luna members recently created the soundtrack project 13 Most Beautiful: Songs for Andy Warhol's Screen Tests for the Pittsburgh International Festival of Firsts. Returning this weekend, Dean & Britta will revisit songs from Wareham's late-'80s and early-'90s stint with Galaxie 500 -- a band with an almost mythical status among indie-rock fans.

Similar to the languid side of Luna, Galaxie 500 played stark songs, where the simplest chords could cast a hypnotic spell; Wareham frequently lapsed into a falsetto voice; and many songs ended with long, psychedelic guitar solos. The band's three albums were bathed in rich reverb, adding to the aura. (Galaxie's record producer, Kramer, more recently worked on an album by Pittsburgh singer-songwriter Emily Rodgers.)

The trio disbanded -- rather acrimoniously, as the story goes. Wareham moved on to Luna while bassist Naomi Yang and drummer Damon Krukowski started a publishing house and played in a few bands, including ongoing experimental folk duo Damon & Naomi.

While Luna occasionally encored with a Galaxie 500 song, it wasn't until last year, after a request from a promoter, that Wareham really revisited the band's catalog. (Last fall, they played a Galaxie 500 set in Pittsburgh, a benefit for Hôpital Albert Schweitzer in Haiti.) "It sounded really good," Wareham says, "and with the records all being reissued last year, I thought, 'Well, maybe this is a good time.'"

"The songs are harder to play than I thought they would be," says Wareham. "Structurally, in terms of chords they're very simple. But there's a lot of ebb and flow to them." Dean & Britta's current lineup has the advantage of a second guitar, which will help flesh out the songs, something that hindered the original trio in a live setting. And Wareham can still hit those high falsetto notes. "I sing these songs much higher in my register than I'm used to doing," he says. "And after years of being told that I'm a quiet singer, I realized that I can sing these songs pretty damn loud."

Wareham enjoys playing the songs, but dismisses the thought of a Galaxie 500 reunion. "There's a long oral history that was done on Pitchfork last year, and at the end of it we're all asked about a reunion. I said, 'I don't think that's going to happen.' And Damon emphatically states, 'No, no reunion,'" Wareham recalls. "I figure we broke up for a reason."