Matthews' style is crisp, even deceptively offhanded, yet there's plenty going on beneath the surface. 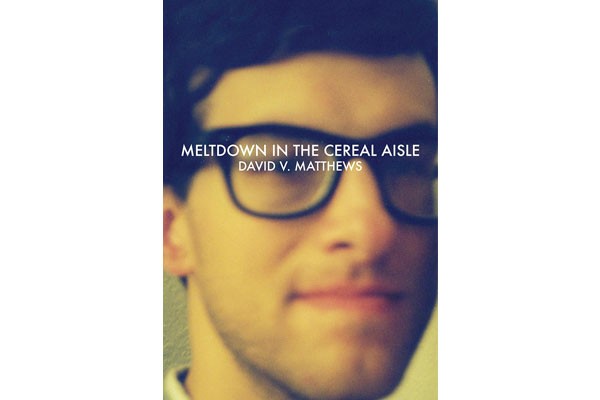 David V. Matthews' Meltdown in the Cereal Aisle is his first collection of short stories. It's self-published, but don't be put off: Meltdown is a nice piece of work, entertaining and slick in its way, but also rather sophisticated. Its 141 pages contain eight interconnected stories set in Western Pennsylvania over the past 35 years. Matthews plays with chronology and skillfully employs pop-culture signifiers like bad rock bands and forgotten sitcoms to explore his characters' secret hearts.

Yet Meltdown is neither ponderous or treacly. Matthews' style is crisp, even deceptively offhanded. His first-person narrators and other characters are all quippy and bantering, as glib as the ensemble in a Kevin Smith screenplay. And the tone is often almost blithely satirical. Yet there's plenty going on beneath the surface. At its best, the book blends the thematic concerns of literary fiction with the snappy pace of genre work.

In "Putting the Bi into Bicentennial," a teen-age girl has invited the narrator, her male classmate, back to her house, and warns him about her parents' hyper-patriotic décor: "[I]t looks like Uncle Sam took a crap in here." The episode ends awkwardly — but intriguingly, it's not even quite the focus of the story, whose narrator is looking back over the three decades since his last days as a class-of-'76 high school senior in suburban Center Township. The amusingly, if unsettlingly, self-serving narrator reappears briefly in "The Sovereign Egg," told from the perspective of the girl, now grown up and a hipster theater director.

The title story, meanwhile, lampoons academia, corporate life and pop culture. But it's also a moving, and at times incisive, portrait of the relationship between two sisters, one with a newborn child, navigating modern anxieties. In "Sheer Musical Joy for the Ages" (love these titles), Matthews somehow earns your sympathy for a cad obsessed with bedding a stunning virgin. (Extra credit here for the appearance of recurring character Blake Summers, a former hair-metal god turned singing megachurch pastor.) And "Peach Monstrosity Sans Necktie" somehow works 9/11 and punk rock into a madly time-hopping story that juxtaposes a fiction reading with the real events that inspired it.

Matthews, 48, is a long-time fixture at local readings and art openings. He's known both for posting personal-ad fliers for himself around town, and for being diagnosed, at age 41, with Asperger's syndrome. Meltdown documents the societal milieu of his times with a sensibility all his own.