“Pittsburgh has a name for itself in the innovation realm, which Denmark also has a reputation for” 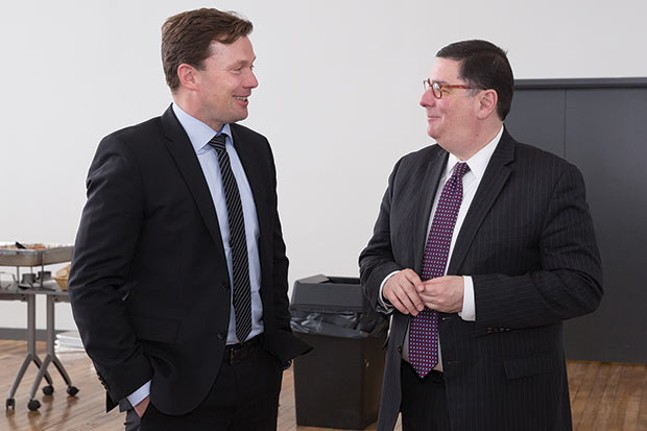 While Katrina Kelly-Pitou was working in London at the World Energy Council from 2014 to 2016, she saw potential for Pittsburgh to be an international leader in affordable, renewable resources. In fact, she still sees its potential today.

“Pittsburgh stands out as a city that could help the global community understand what the bottom-up contributions to global climate change could be,” says Kelly-Pitou.

She isn’t the only one who saw promise. In March, the University of Pittsburgh joined forces with the Danish Energy Agency, part of Denmark’s government, to launch the Pittsburgh-Danish Energy Exchange. This collaboration seeks to research, develop and implement low-cost, reliable energy resources in Pittsburgh.

“Sometimes we don’t embrace in the city of Pittsburgh that a lot of energy developments we’re tackling here are representative of what’s happening in America,” says Kelly-Pitou, who holds dual roles as manager of strategy and business development at Pitt’s Center for Energy and researcher at Swanson School of Engineering.

One of the main goals of the partnership is to make sustainable resources accessible to underprivileged communities in hopes that other cities can replicate that model. The Danish Energy Agency will help by developing workshops for the region to showcase the country’s energy initiatives. By the end of 2019, the program hopes to establish a community microgrid or similar project to showcase affordable energy.

Denmark ranks third globally in the 2018 Environmental Performance Index by researchers at Yale and Columbia Universities, which measures countries on environmental health and ecosystem vitality. In 2015, Denmark got 42 percent of its energy from wind turbines.

The Pittsburgh-Denmark partnership began with Gregory Reed, director of the Center for Energy and the Energy Grid Research and Infrastructure Development (GRID) Institute. Two years ago, he brought on Kelly-Pitou to work on international relations while he worked domestically on relations in renewable energy. Last year, Reed travelled to Denmark to focus on clean energy technology. The collaboration fell into place from there.

“Over the past year, Dr. Reed and I have worked to concretely develop strong relationships in relation to energies and sustainable cities,” says Kelly-Pitou.

Especially since the fall of heavy industry in the region, Pittsburgh has a history of producing innovative technology and spreading environmental messages. Kelly-Pitou says these factors pair with Denmark’s commitment to clean-energy research.

“Pittsburgh has a name for itself in the innovation realm, which Denmark also has a reputation for,” says Kelly-Pitou. “Copenhagen has really aggressive, state-of-the-art energy systems they are globally known for.

“There’s nobody better than Denmark. It’s great to have a partnership with a government that understands what we’re doing can have global effects.” 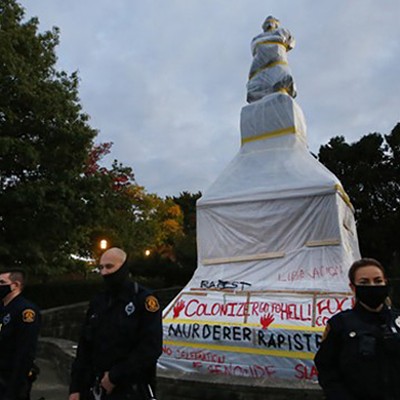