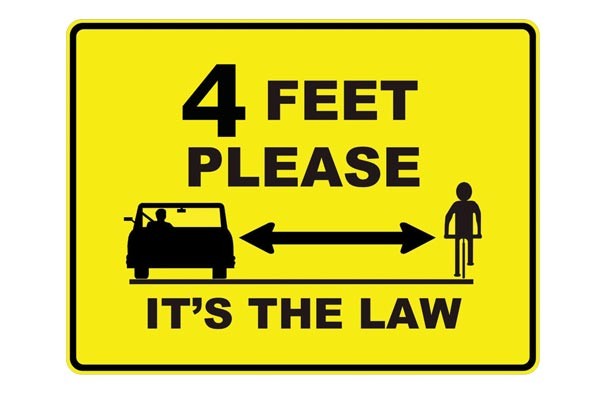 A bicycle has been Josh Gould's main form of transportation for more than a year. But after getting hit by a car on July 22, he doesn't plan on riding anymore.

"It's the lack of care and the flagrancy in which people ... don't pay attention," he says. "A [motorist] makes a mistake on the road that you're on, and they hit you with a two-ton weapon."

Gould, of Bloomfield, was pedaling home from his job in Edgewood early one morning when a car ran a light at the intersection of Fifth and South Highland avenues in Shadyside.

Seconds later, Gould flipped across the hood and landed on his feet, and the Cannondale bike he inherited from his grandfather lay mangled nearby. Gould walked away physically unscathed, but shaken by the experience

By all accounts, though, Gould was one of the lucky ones. In just over a one-week span earlier this month, two cyclists were killed in collisions with motor vehicles. James Price, of Homewood, was killed in a hit-and-run accident July 25 while cycling along Penn Avenue in Point Breeze. Police are still searching for the driver. Anthony Green, of Wilkinsburg, died on Aug. 1, a day after he was struck by an SUV on Penn, just blocks away. And even when police stepped up to provide a bike-safety detail on Penn, an SUV struck a motorcycle officer.

"If that doesn't tell you how dangerous the street is, I don't know what does," says Scott Bricker, executive director of bicycle-advocacy group BikePGH. "It was our worst week, in terms of crashes, in 10 years."

Bricker, city officials and the Pennsylvania Department of Transportation — which owns the road — are trying to address Penn Avenue's perils as well as increase overall safety around the city.

On certain streets, "you can sense that people are in a hurry," says Stephen Patchan, the city's bicycle/pedestrian coordinator. "We want to improve all of our streets."

To immediately respond to the crashes, however, officials are creating an alternate route for riders on Meade Street, which parallels Penn for several blocks in Point Breeze.

"We are in no way telling cyclists to get off Penn Avenue. If a cyclist wants to bike on Penn Avenue, everyone has a right to do that," say Patchan. "What we want to do is provide, if someone is feeling uncomfortable at any point, a way of finding signs to get off Penn."

The city also plans to install shared-road signs, directional signs and more on-street markings this month. City police officers have already started a targeted enforcement of Penn, issuing tickets for speeding and installing radar-speed signs. Bricker commends the city's efforts so far. While his organization is still working with PennDOT and the city, Bricker believes a reconfiguration of the road — such as reducing the number of vehicle lanes to slow down traffic — is necessary.

"We want to take it from a four-lane drag strip down to a calm neighborhood street," Bricker says.

Meanwhile, he wants to continue educating cyclists and drivers about sharing the road safely and obeying new laws, such as one that stipulates motorists must give cyclists four feet of space and pass at a reduced speed.

"Cars do things and break the law, and it doesn't just result in a fender-bender each time," he says. "People's lives are destroyed."