"It will force county administrators to play Solomon." 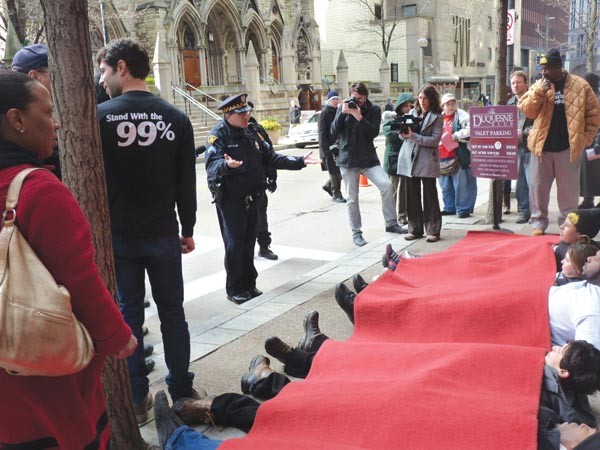 If you're one of the nearly 16,000 Pennsylvanians waiting to receive services for Down syndrome, autism or another intellectual disability, you may be waiting a long time.

"The only way a person can get any services or support is if someone passes away or someone leaves the state," says Sheila Stasko, statewide coordinator of the PA Waiting List Campaign. "The system is absolutely stagnant."

Stasko wants a waiting-list initiative placed in Gov. Tom Corbett's budget, adding funds for those seeking intellectual-disability services. If Corbett's proposed spending plan gets passed without one, Stasko and other advocates fear individuals may be waiting even longer for services, which range from day programs and job training to housing or transportation.

Such programs are funded by state dollars from the Department of Public Welfare (DPW) and federal funds, and supported by two main funding streams. Under Corbett's budget proposal, the largest stream for intellectual-disability (ID) services, known as the community-waiver program, would see only a 1.9 percent increase. Another funding stream would be slashed by 87.5 percent, leaving only $20.7 million in a dedicated line item for community-based programs. Then, as part of a reshuffling of the DPW, about $145 million originally earmarked for those ID programs would be combined with several other programs into the Human Services Development Fund Block Grant.

The block grant would combine seven DPW programs, including homeless assistance, behavioral health and county child welfare. Supporters say it would give counties flexibility in targeting the money where it's most needed. But it would also have programs competing against each other, and there would be less money to go around; Corbett's proposal includes an approximate 20 percent overall cut for the block grant.

"It will force county administrators to play Solomon," says Maureen Cronin, executive director of The Arc of Pennsylvania, a community-based advocacy and service organization for people with intellectual and developmental disabilities. "They'll be forced to make extraordinarily difficult decisions about which services to provide in an already stretched human-service system."

In previous years, a portion of the waiver program was spent specifically to get people off the waiting list and into services. In 2007, more than 3,400 were taken off the list. But as a result of cutbacks under Corbett and former Gov. Ed Rendell, that figure was slashed to 150 in 2010. It now sits at zero.

In most cases, says Mark Murphy, CEO of the Disability Rights Network, those on the waiting list are graduating from high school, or are older and have aging parents or caretakers. Statewide, nearly 3,000 individuals on the list have caretakers older than 60, according to the PA Waiting List Campaign.

"We're talking about people who are significantly elderly," says Murphy. "You also have this group of young people who are coming out of school [in whom the state has] invested tens of thousands of dollars in education and training. They turn 21 and there's nowhere for them to go. If you can't keep up with getting training or assistance, your skill level can start to deteriorate."

The Arc, Disability Rights Network and PA Waiting List Campaign are part of the Intellectual Disabilities and Autism Services Coalition of Pennsylvania, which have decried the proposed cuts and lack of a waiting-list initiative. And the concern over the new block-grant program and other proposed cuts has mobilized the Campaign for What Works, a project of the United Way of Allegheny County, the Greater Pittsburgh Nonprofit Partnership and the Pittsburgh Foundation. The campaign started last year to lobby the county to avert deep cuts to social services, and launched again at a Feb. 21 meeting in the South Side with more than 100 service providers.

"These are vulnerable individuals who need our assistance, who want our assistance, and we're pulling away," said Bob Nelkin, CEO of the United Way of Allegheny County, at the meeting. "It's not like the people are disappearing, but the services will be."

County officials say it's too early to tell what impact Corbett's budget would have on specific service programs. Meanwhile, advocates say families who want to keep their adult children at home are already shouldering more of the burden, which will likely get worse — and more costly — as their children age.

"We're bleeding out there. We've got to get some relief, and if we don't get some support soon, I wouldn't be surprised if you start seeing people going back into institutions," says Stasko with the Waiting List Campaign. "It's OK to use a scalpel [on the budget], but they are using a hatchet on us."