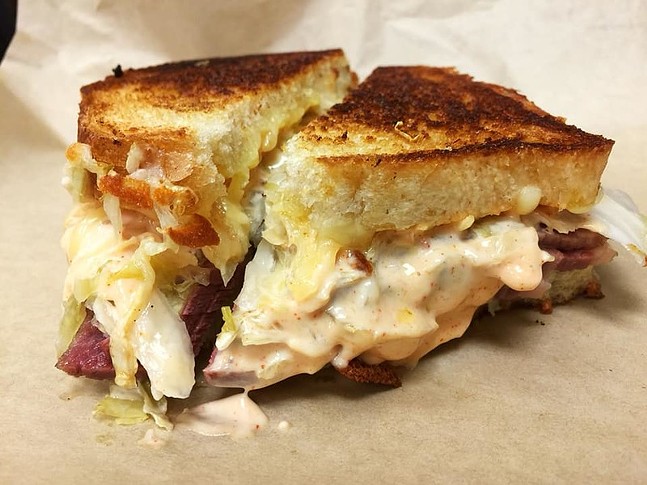 Photo: The Pickled Chef
Grilled cheese with pickled ingredients
The Pickled Chef and Mama P’s Pizza are institutions in Westmoreland County. Mama P’s recently changed ownership, but the pizza joint has been slinging popular pies in Delmont for the last few years, hoping to carry on a decades-long tradition. And The Pickled Chef is sold at farmers markets all throughout Western Pennsylvania and even has its own cafe in Latrobe.

But even running popular restaurants can come with financial struggles, and now, both spots are hoping to attract some investors through crowdfunding site Honeycomb Credit. The Pickled Chef and Mama P's are the first two campaigns of Honeycomb’s expansion into Westmoreland County.

In 2017, Honeycomb Credit was founded in East Liberty as “a web-based platform that allows small business owners to borrow loans from their own customers and community." Operating by way of crowdfunding, Honeycomb Credit has helped more than 40 small businesses obtain loans in its campaign cities — Pittsburgh, Cleveland, Detroit and Philadelphia — with about 85% of borrowers successfully reaching their minimum funding goal.

A family-owned canning, preserving, and pickling company, The Pickled Chef got its start in 2010, with founders Chef Greg Andrews, his wife Ashlee Andrews, and Ashlee’s mother, Deb Driggers. However, it has been taking its products “on the road” since 2015; the company has had a presence at Picklesburgh, as well as at Ft. Ligonier Days and Delmont Apple Festival. The company makes its products in a 3,000 sq. ft. facility in Latrobe, where it also operates a cafe.

The Pickled Chef’s campaign with Honeycomb Credit began in the hope of consolidating its credit card debt and Square loan, “which was used to purchase jars, buy labels, and pay fees for farmers markets and festivals last year." A loan through Honeycomb Credit will allow the company to reduce its monthly payments and create the cash flow as it expands into the wholesale market. 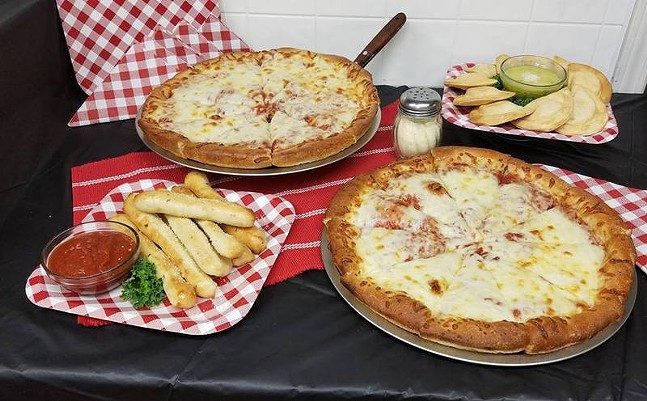 Photo: Mama P's Pizza
Pizza, breadsticks, and pierogies from Mama P's
Mama P’s makes award-winning pizza using a 55-year-old recipe created by Bill Matz. In 2000, the shop experienced a change of hands from Matz to Debbie Pedder — Mama P herself — who tweaked the recipe. In 2012, the business underwent a second management shift when the Provenzano family purchased it and relocated to its current location in Delmont; with the “taste-test approval of Mr. Matz,” the father-son team recreated the original recipe, which is still used today.

Now, Stephanie and Adrian Scheeren are raising funds through Honeycomb Credit to buy the business from the Provenzano family and build upon it. According to its campaign page, Mama P’s “will continue to provide a tasty, quality, award-winning pizza,” and “services will expand from take-out/delivery to include catering and seasonal outdoor seating.”

On his first day, new Westmoreland County sheriff finds his office littered with dirty clothes and a DVD of Paul Blart: Mall Cop