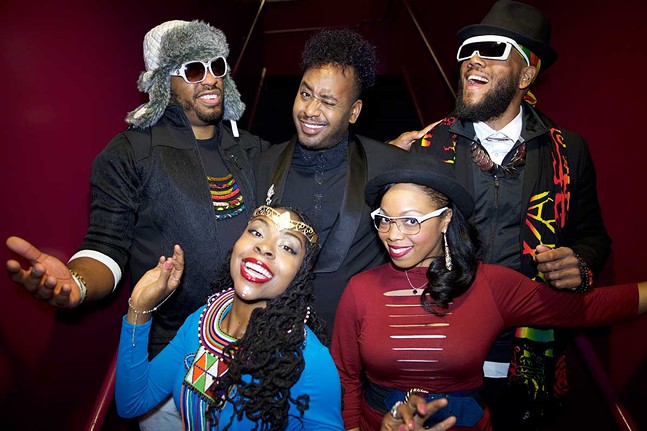 If you’re one of the sorry souls who thinks funk is exclusive to the 1970s, then you can get lost. Or just go see Water Seed, the New Orleans-based funk band which often uses the hashtag #futurefunk to describe itself. The latest album, We Are Stars — with cover art like something straight from Boney M — features danceable funk, but also melancholy gospel-tinged songs. There’s even a track called “Funktimus Prime.” If that doesn’t appeal to you, find a doctor who’ll figure out why you don’t like good music. Catch the band tomorrow at Spirit, with local soul/hip-hop cover band Trio+ and DJ Selecta. 8 p.m. 242 51st St., Lawrenceville. $10. 21 and older. 412-586-4441 or www.spiritpgh.com