Local shows by Sleepy Hahas, The Shadowboxers and Royal Blood, plus a hometown show for Wicked Chief

If recent weather has been any indication of what life in Buffalo will be like for the next few months, Sleepy Hahas might want to stay on the road — headed south — for a while. For now, the band hits the 31st Street Pub tonight in support of its Dull Days LP, from earlier this year. The group, headed up by songwriter Patrick Butler, mixes throwback garage-style rock with some surf leanings and White Stripes-style blues. There's some buzz building for this one, and either way, dancing to some rock music might help you burn some of those Thanksgiving calories. Different Places in SPACE, Partly Sunny and Houdini's Psychic Theatre open. Andy Mulkerin 9 p.m. 3101 Penn Ave., Strip District. $8-10. 412-391-8334 or www.31stpub.com

Five self-proclaimed "lifers" of the Pittsburgh music scene founded Wicked Chief in the summer of 2013. The quintet is finding good footing now, and released its first album, True Blue, in March. The LP is entirely self-produced, and hosts 13 tight indie-rock tracks. The band will be joined by another local, the two-piece Puzzle Pieces. You can see both bands in the late show at Club Café tonight. Samantha Ward 10 p.m. 56 S. 12th St., South Side. $10. 412-431-4950 or www.clubcafelive.com 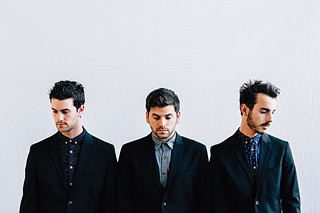 Sometimes in order to get started, a band needs a happy mistake. The Shadowboxers are a prime example: Their first musical success, the grand prize of $3,000 at an Emory Arts Competition, was only possible due to a mistake. The then-unnamed group was not among the 10 finalists, but the committee accidently sent the band an email inviting it to perform. The group arrived at the competition, showed off its rhythmic, catchy sound and took home the prize. Since then, The Shadowboxers funded their first full-length album, Red Room, with a Kickstarter in 2013. Catch them tonight at Club Café with Jacob Klein. SW 7 p.m. 56 S. 12th St., South Side. $10. 412-431-4950 or www.clubcafelive.com 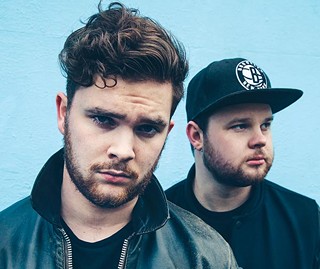 In recent years, whether you like it or not, Dave Grohl has ascended to the throne as America's pre-eminent rock 'n' roll figure. So when Grohl's band Foo Fighters decide to take an act on the road, it's something of a christening. That honor is coming next year for Royal Blood, recently announced as one of the opening acts for multiple dates on Foo Fighters' summer tour. The British band released its first album to acclaim this past summer, driven by its blown-out blues-rock single, "Figure It Out." To wrap up a big 2014, the two-man band plays Altar Bar tonight. There You Are opens. AM 7 p.m. 1620 Penn Ave., Strip District. $15-25. All ages. 412-206-9719 or www.thealtarbar.com