Perhaps inspired by former producer El-P's wildly successful Run the Jewels, Cannibal Ox is coming back to an awfully welcoming environment for underground rap duos. Its first album in 14 years, Blade of the Ronin, had been in limbo for a few years before its release this week. Following the highly esteemed debut The Cold Vein is no small task, but Can Ox has enlisted MF Doom, U-God, Elzhi and more to fill out Blade. Although they haven't released an album in 14 years, Vast Aire and Vordul Mega have toured on and off in the meantime (including a 2013 Pittsburgh stop at Belvedere's). Can Ox plays Mr. Small's tonight with Crimson Godz, Dos Noun & BZE, Hubbs and Fortified Phonetx. Shawn Cooke 8:30 p.m. 400 Lincoln Ave., Millvale. $15. 412-821-4447 or www.mrsmalls.com 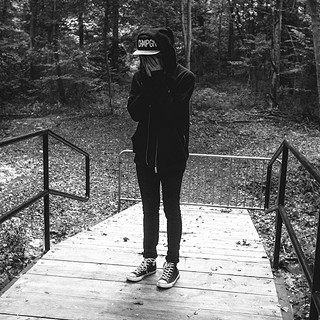 Although nobody said his name during the show, Cashmere Cat was involved with a major moment of the recent Saturday Night Live 40th anniversary special. It was Kanye West, Sia and Vic Mensa onstage, but they were debuting the Cashmere-produced "Wolves" — the first track on West's forthcoming album. The performance was a recent peak in Cashmere's ascent to producer stardom, which has also included production credit on Charli XCX's "Break the Rules" and Ariana Grande's My Everything. He plays a pair of shows tonight, opening for Grande at the Petersen Events Center and doing a headlining gig at the Rex Theater with Le Moti and Jax. SC 7:30 p.m. (3719 Terrace St., Oakland; $27.50-67.50; 412-648-3054 or www.peterseneventscenter.com) and 9 p.m. (1602 E. Carson St., South Side; $13; 412-381-6811 or www.rextheater.com)

He's traveled far from his punk-forefather roots with The Modern Lovers, but Jonathan Richman has stuck with what made him a more recognizable face — playing with drummer Tommy Larkins. Richman's profile rose to new heights in the comedy There's Something About Mary, when he played in a Greek chorus duo with Larkins. It's uncertain if they'll break out any of that plot narration tonight at Mr. Small's, but it'll certainly be an easygoing, joke-filled acoustic show. SC 8 p.m. 400 Lincoln Ave., Millvale. $15. 412-821-4447 or www.mrsmalls.com

Few artists have been as prolific in recent years as Charlie Parr — in any genre. He's preparing to release his fifth album in the last five years, Stumpjumper, this April, and it's a change of pace on several accounts. Not only is it his first full-length with Red House Records, but it's also Parr's first solo album with a backing band. Lead single "Over the Red Cedar" suggests that his brand of bluesy folk won't become any less personal or immediate with a band. Fellow roots-man JD Wilkes will open tonight at Club Café. SC 8 p.m. 56 S. 12th St., South Side. $12. 412-431-4950 or clubcafelive.com