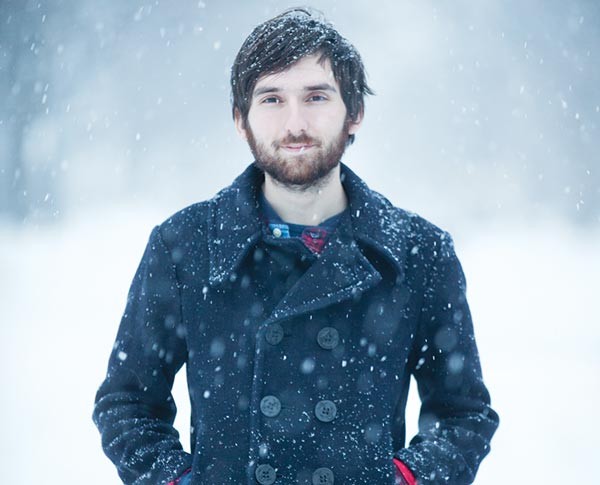 Despite having a name ripped from an insurance company, Mutual Benefit is invested in a quiet and arresting beauty. The band — a loose conglomerate centered around main songwriter Jordan Lee — released its first proper full-length, Love's Crushing Diamond, last fall, after some smaller cassette releases. It's a rich and nuanced set of soundscapes that recall the softer side of early Animal Collective along with some of the songcraft skills of Emperor X. Lee and Co. play WPTS's spring show tonight along with opener Black Brick. Andy Mulkerin 7:30 p.m. William Pitt Union Assembly Room, Fifth Avenue at Bigelow Boulevard, Oakland. $8-10. All ages. www.wptsradio.org

It's one thing to be talented and critically acclaimed, but getting the phrase "Grammy-winning" before your band name will take any act to the next level. That's the case with Snarky Puppy, the jazz-soul fusion band that won Best R&B Performance along with Lalah Hathaway for the song "Something" this past year. The outfit — led by Michael League, and always including some stellar session and touring musicians — has become a Pittsburgh favorite over the years, and returns to the Rex Theater for a show tonight. AM I 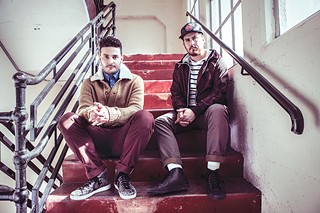 Dale Earnhardt Jr. Jr. is an eye-catching band name, but rest assured neither member is related to the NASCAR dynasty; Daniel Zott and Joshua Epstein make up the Detroit-based indie pop duo. Back in February, the group released a mixtape called Produce, which incorporates some hip-hop influences courtesy of Chuck Inglish from the Cool Kids, Asher Roth, King Chip and others. Check them out tonight at Mr. Small's Theatre with special guests Chad Valley and Marcus Meston. Kayla Copes 8 p.m. 400 Lincoln Ave., Millvale. $15. All ages. 412-821-4447 or www.mrsmalls.com

Rory Block has made a lengthy career out of covering blues classics in addition to writing her own songs. The New-Jersey-born Block's career has spanned 50 years and 30 albums, mostly along the lines of country blues. Her most recent album is 2013's Avalon: A Tribute to Mississippi John Hurt, the latest installment of what Block calls her "Mentor Series." Check her out tonight playing at Club Café with special guest Dhruva Krishna. KC 8 p.m. 56 12th St., South Side. $16. 412-431-4950 or www.clubcafelive.com