Pittsburgh scenesters of a certain age are intimately acquainted with the work of Alan Lewandowski: The longtime Pittsburgh character performed as Anita Fix for years (sometimes in drag), and fronts The Working Poor, albeit now from his New York City digs. Tonight he returns with another band, Poison Dartz, characterized by a lot of the lo-fi weirdness and charming perhaps-naiveté of Anita Fix. (Tim Brown, once of Harangue, plays drums.) The band plays Gooski's tonight, with a solo Working Poor set and Come Holy Spirit opening. Andy Mulkerin 10 p.m. 3117 Brereton St., Polish Hill. $5. 412-681-1658 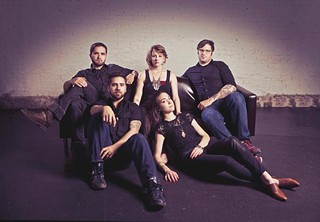 Turning Violet Violet may not be the most famous band named for a Willy Wonka reference, but it's somewhere on the list. The Philadelphia five-piece has been honing its skills at home and on the road for years, and its brand-new LP, Double Cure, contains an infectious mix of Sundays-style pop and slightly harder-edged, mathy rock. Tonight the band returns to town to play Club Café with Ohio's The Zou. AM 10 p.m. 56 S. 12th St., South Side. $8. 412-431-4950 or www.clubcafelive.com 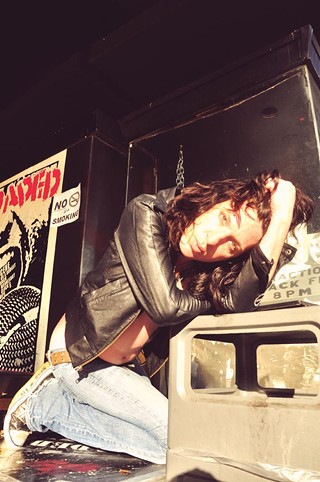 After a turbulent Hollywood upbringing surrounded by drugs, and a stint in prostitution, Mickey Avalon pulled it together and established himself as a successful rapper and a lightning-rod stage performer. After collaborating with actor and former MTV VJ Simon Rex, he signed to MySpace Records (remember MySpace?) to release his first, and self-titled, solo album in 2006. Since then, he's toured the world on genre-mixing bills, and recently released a new album, Loaded, with Suburban Noize. Avalon shares the Altar Bar stage tonight with the Millionaires. Gregg Harrington 7 p.m. 1620 Penn Ave., Strip District. $16-18. 412-206-9719 or www.thealtarbar.com 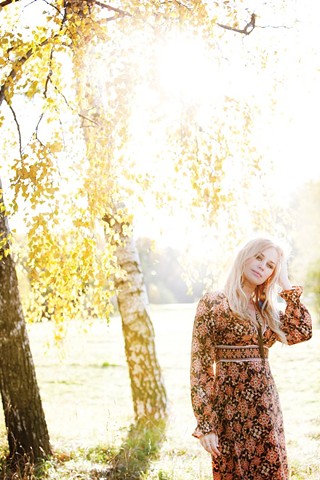 The kind of music Sofia Talvik plays is seemingly informed by the Swede's heritage; while some of her tunes could be dubbed Americana, much of her work has the challenging, dark undertones characteristic of European folk. She's certainly no goth as we think of the term today, but it might be fair to say there's some element of real Goth buried in her acoustic ditties. Talvik plays the first of her two local shows this week at Garfield Artworks tonight; on Tuesday, she plays Shadow Lounge. AM 8 p.m. 4931 Penn Ave., Garfield. $7. All ages. 412-361-2262 or www.garfieldartworks.com. Also: 6:30 p.m. Tue., July 3, with Leslie Addis, Broken Fences. Shadow Lounge, 5972 Baum Blvd., East Liberty. $7. 18 and over. 412-363-8277 or www.shadowlounge.net

While Roger Waters may be primarily known as the bassist for, and one of the creative masterminds behind, Pink Floyd, he's also established himself as a renowned solo artist. Even before his departure from Pink Floyd in 1985, Waters had begun to release solo work, starting with 1970's Music From the Body. Tonight, Waters takes the stage at Consol Energy Center to present the critically acclaimed audio and visual stage show he's known best for: The Wall. GH 8 p.m. 1001 Fifth Ave., Pittsburgh. $57.75-209. 800-745-3000 or www.consolenergycenter.com