Local shows by Hands!, This or the Apocalypse, Meklit and Brass Bed

If your first New Year's resolution was to see more experimental shows, Garfield Artworks is your place tonight (and probably for a good chunk of 2014). Headliners Hands! — a Boston collective centered around Ian Ayers and Charlie Porter — brings a little bit of who-knows-what to the gallery tonight. (They do noise; they do ambient; they do electronic dance music!) Joining the band will be Knucklewagon — also a noise outfit, also from Boston and also named after a body part, sort of — along with Enney, Scott Fry Experience and Mangy Bipods. If your second New Year's resolution was to save money, note that this show is only $1 per band. Andy Mulkerin 7 p.m. 4131 Penn Ave., Garfield. $5. All ages. 412-361-2262 or www.garfieldartworks.com

There are a lot of heavy bands out there that sound angry, but don't seem to have much to be angry about — or worse, bands that are really angry ... at their ex-girlfriends. Not so with This or the Apocalypse; the Lancaster-based metalcore band lashes out at soulless commercial culture and American militarism on its 2012 record Dead Years. It's a cathartic listen with a serious moral center — something that hasn't been typical in recent years. Tonight, the band plays the Smiling Moose with Shai Hulud, Sirens & Sailors and Arcane Heaven. AM 6 p.m. 1306 E. Carson St., South Side. $13-15. All ages. 412-431-4668 or www.smiling-moose.com 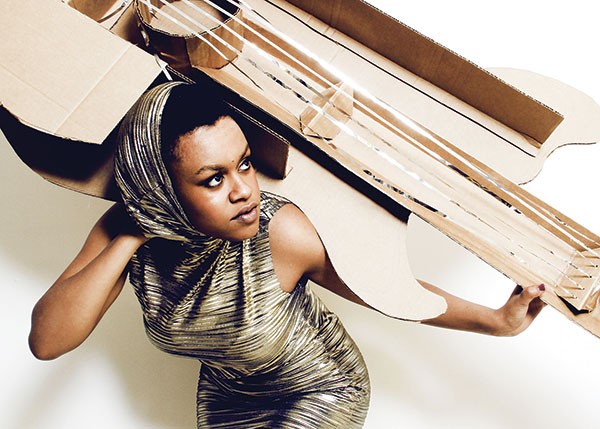 It's tough to quickly sum up Meklit: The Ethiopian-born singer and songwriter plays a mix of folk, jazz and pop music, but also co-founded a program to bring African musicians together, and was a 2012 TED fellow. She's performed with musicians like Beck, and has a new record coming out in March on Six Degrees; you can catch her before it hits, tonight at Club Café. A.G. Levine opens. AM 7 p.m. 56 S. 12th St., South Side. $10. 412-431-4950 or www.clubcafelive.com

Brass Bed doesn't play around with a lot of frills: What the Louisiana-based band does, it does with fuzzy guitars, keyboards, a rhythm section and thoughtful vocals. The four-piece enjoyed critical success with its most recent full-length, The Secret Will Keep You, which came out in April on Crossbill Records. Previously, the band had released an EP of Harry Nilsson tunes, but aside from the well-honed songcraft, you won't hear a lot of Nilsson on the new album. Think Galaxie 500 and even Radiohead instead. Tonight the band plays Club Café with The Grim Game and the seasonally appropriate Cold Weather. AM 7 p.m. 56 S. 12th St., South Side. $7. 412-431-4950 or www.clubcafelive.com