Local shows by SonReal and Andrew Ripp, plus Greg Hoy returns to town, Roger Humphries is honored with a documentary and house music returns to the South Side

Greg Hoy has worn numerous musical hats over the years — the ex-Pittsburgher is a sound engineer, has written about music, and has his own repertoire of tunes, backed by various bands. His Pittsburgh rhythm section (which includes rock stalwarts Paul Labrise, Tom Emmerling and Ray Vasko) recorded a high-energy, high-guitar-riff album, Hair of the Mouth, which the San Francisco resident is in town to celebrate tonight. Greg Hoy & The Enablers play a release show at Garfield Artworks; Boiled Denim, Ruby Buff and Janelle play as well. Andy Mulkerin 8 p.m. 4931 Penn Ave., Garfield. $5. All ages. 412-361-2262 or www.garfieldartworks.com

As DJ events have migrated to the East End, the South Side has been left with something of a dearth of well-curated dance-music nights. The new weekly, Get Your House in Order, is hosted by Brotha Mike and Solid State Soul, and will feature regular guest-DJ appearances by house DJs from around the city. It all happens at Truth Lounge, which is a little off the beaten path of Carson Street, if you're looking for some respite from the usual Friday-night South Side stuff. AM 10 p.m. 51 S. 12th St., South Side. Free. 412-381-9600 or www.truthlounge.com

Pittsburgh is a city of jazz legends, and Roger Humphries is one of our treasures: The drummer developed his chops playing at clubs in the Hill District and toured with the likes of Stanley Turrentine, Horace Silver and Ray Charles. Tonight, at Manchester Craftsmen's Guild, Humphries is honored at the premiere of a new documentary on his life, Roger Humphries: Pass It On. Directed by Billy Jackson (who also made Enough Is Enough: The Death of Jonny Gammage), the film examines Humphries' rise from the North Side to touring nationwide. The event is a fundraiser for several local arts- and music-education groups. AM 7:30 p.m. 1815 Metropolitan St., Manchester. $30-125. All ages. 412-322-0800 or www.mcgjazz.org 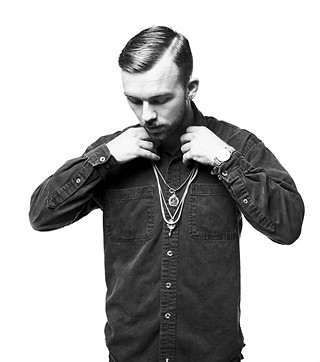 SonReal started off 2014 by releasing a new mixtape, called One Long Day. The Canadian rapper has a pop appeal, and it's surprising he hasn't been heard on Top 40 radio yet — maybe this is his year. He appears tonight at The Smiling Moose with special guest Sheezy Bung, a local who's releasing a new album, Late Night Missions, next month. Kayla Copes 8 p.m. 1306 E. Carson St., South Side. $12. All ages. 412-431-4668 or www.smiling-moose.com

On Andrew Ripp's latest album, Simple, there's a cover of Justin Timberlake's "Mirrors" — and it's pretty good, if pretty different. Ripp puts his acoustic singer-songwriter spin on the dance-pop tune. If that type of thing is up your alley, you can check him out tonight at the Hard Rock Café. KC 8 p.m. 230 W. Station Square Drive, Station Square. $10-12. All ages. 412-481-7625 or www.hardrock.com