Local shows by Cults, Nick Waterhouse, Those Darlins and Diarrhea Planet, plus members of The Five and Carsickness play at Howlers and Roger Harvey & The Wild Life play their first show

To Pittsburgh rockers of a certain age, nothing says "love" quite like The Five and Carsickness, two of the city's seminal '80s punk bands. Tonight, former members of each hit the stage at Howlers to salute love in a show they're referring to as "Get Your Heart On." Steve Sciulli of Carsickness is joined by former bandmate Dennis Childers in a group called Standing Wave; Tom Moran, the onetime Five guitarist, plays along with Katabu Matsui in Moran/Matsui. Don't expect to get rocked, necessarily, but a consciousness-changing experience will likely prevail nonetheless. Andy Mulkerin 9 p.m. 4509 Liberty Ave., Bloomfield. $5. 412-682-0320 or www.howlerscoyotecafe.com

If you don't know Roger Harvey by name, you might know him by one of his other names: Bluebird Midwest was his last solo project, Dandelion Snow came before that, and all along he's played with the punk band White Wives. Tonight, the local fixture appears with a new full band, Roger Harvey & The Wild Life, which includes producer Jay Vega of The Wilderness Recording Studio, and which is releasing the first of a series of 7-inch singles on Wild Kindness Records. That's a lot of wild. The band debuted a Neutral Milk Hotel cover on the Alternative Press website last month, and plans a new single every month until September, when its full-length comes out. Get in on the ground level tonight at Brillobox. With Shockwave Riderz, Megpie and the Pandemic DJs. AM 9 p.m. 4104 Penn Ave., Bloomfield. $8. 412-621-4900 or www.brillobox.net

Cults sure had a busy 2013. The duo released its second album, Static; its single "I Can Hardly Make You Mine" appeared on the soundtrack of the movie Carrie; and the band appeared alongside Dirty Projectors' Amber Coffman on rapper J.Cole's album Born Sinner. The girl-group-inspired indie-pop band will be playing at Mr. Small's Theatre tonight with guests Mood Rings. Kayla Copes 8 p.m. 400 Lincoln Ave. Millvale. $15. All Ages. 412-821-4447 or www.mrsmalls.com 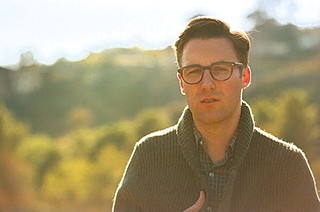 When you listen to Nick Waterhouse's latest single, "This Is a Game," you're likely to feel like you should be dancing either in a jazz club or a James Bond film: It has that uptempo-yet-groovy feel to it. The California-born singer/songwriter has an old-school vibe that audiences in 2014 can still have a good time listening to. He plays Club Café tonight. KC 8 p.m. 56 S. 12th St., South Side. $13-15. 412-431-4950 or www.clubcafelive.com

The new Nashville — not the country-hitmaker Nashville, but the gritty garage-rock Nashville — is on display tonight at Brillobox in the form of relative old heads Those Darlins and last year's up-and-comers, Diarrhea Planet. The former act is fresh off the release of a new full-length, Blur the Line (not to be confused with that song with the similar name) in October; the latter, with its four-guitar attack, is supporting its August release I'm Rich Beyond Your Wildest Dreams. Both are a spectacle live; Dumplings open tonight's show. AM 9 p.m. 4104 Penn Ave., Bloomfield. $12. 421-621-4900 or www.brillobox.net