Local shows by Demos Papadimas, GWAR and Netsky, plus a final show for The Mon River Ramblers

He's our neighbor from just north, and a onetime Pitt student, so it's little wonder we see Demos Papadimas pretty often around here. But that doesn't mean you shouldn't go out of your way to catch the stellar songwriter from (gasp!) Cleveland or thereabouts. Tonight, he's joined by local up-and-comers Nameless in August, who put out a solid release in this year's Wheelhouse. They share the stage for the late show at Club Café. Andy Mulkerin 10 p.m. 56 S. 12th St., South Side. $7. 412-431-4950 or www.clubcafelive.com

It's a final hoedown of sorts tonight for one of the pioneer groups of the contemporary bluegrass scene in Pittsburgh: The Mon River Ramblers are calling it quits. The longtime local outfit (which won Best Bluegrass Band at the competition part of DelFest 2011, in Maryland) has been a bit scarce recently, and is getting together for one last hurrah, joined by some bluegrass compatriots: Shelf Life String Band, Lone Pine String Band and the Beagle Brothers. It all happens at The New Bohemian. AM 8 p.m. 887 Progress St., North Side. $10. 724-816-7944 or www.facebook.com/thenewbohemian

GWAR has managed to uphold 29 years of satirical gore. The shock-rock group formed at Virginia Commonwealth University, where a dark-humored group of musicians, art students and dancers teamed up to create a band of interplanetary warriors descended from aliens, stranded in Antarctica. Critics of their deviant stage behavior can at least appreciate the stunning visual displays that GWAR employs in live performances. Last March, Dave Brockie, a.k.a. lead singer Oderus Urungus, died at age 50; Fittingly, GWAR held a Viking funeral for him with fans in Richmond. The group chose to forge on and is currently touring in support of its 13th album, Battle Maximus. You can get in on the action tonight at Mr. Small's with Corrosion of Conformity and American Sharks. Samantha Ward 8 p.m. 400 Lincoln Ave., Millvale. $20. All ages. 412-821-4447 or www.mrsmalls.com 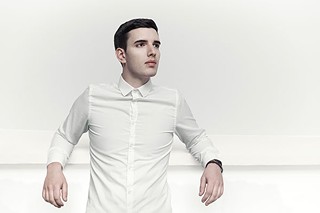 Netsky, the electronic brainchild of Belgian producer Boris Daenen, is named after a persistent computer virus that, until 2006, was the most prevalent bug being sent in emails worldwide. One can assume that Daenen aims to mimic this phenomenon with his infectious DJ sets, creating liquid funk with uplifting melodies paired with heavy bass. In 2012, he began touring the world with a full band, calling it Netsky LIVE! See the group tonight with Kove at Mr. Small's. SW 8 p.m. 400 Lincoln Ave, Millvale. $15. All ages. 412-821-4447 or www.mrsmalls.com