The Ohio-based metalcore band Miss May I has been active since 2006 — its debut album was released while most of the band was still in high school. The band's third album, Rise of the Lion, just came out on April 29; on the cover is a picture of a fan with a tattoo of the band's lion design — which the fan got at the band's request, expressly for the cover shot. Check the group out tonight at The Smiling Moose along with guests For the Fallen Dreams. Kayla Copes 6 p.m. 1306 E. Carson St., South Side. $15. 412-431-4668 or www.smiling-moose.com

Call it math rock, pre-post-rock or what have you, San Francisco trio A Minor Forest made some influential and ahead-of-its-time music before breaking up in 1998. At times chaotic and at times epic, the band left us two full-lengths of complex but not show-offy guitar rock on Thrill Jockey, then disappeared ... until last year, when the members reunited, eventually getting together for the tour that brings them to Brillobox tonight. Microwaves and Adult Field Trip open. Andy Mulkerin 10 p.m. 4104 Penn Ave., Bloomfield. $10. 412-621-4900 or www.brillobox.net 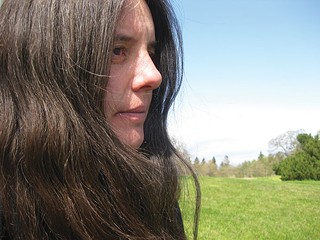 The latest from Portland-based guitarist Marisa Anderson is Traditional and Public Domain Songs, a collection that sounds a bit like the soundtrack to Ken Burns' The Civil War, filtered through an amplifier. Anderson is a master of traditional American folk and blues music, often played on electric guitar, but in a style that's more in line with the American Primitive guitarists than any electric-blues outfit. Tonight, Anderson plays Garfield Artworks along with Plankton Wat, Psychic Frost and Pairdown. AM 7:30 p.m. 4931 Penn Ave., Garfield. $7. All ages. 412-361-2262 or www.garfieldartworks.com

The refined, beautiful country songs of Doug Paisley impress without overwhelming; if you're not familiar with him, chances are one of your favorite musicians is. The Toronto native has worked with Will Oldham and Matt Sweeney before, and has that Canadian-music connection with Feist and others. Tonight, Paisley brings his understated but emotional tunes — in the form of his new album Strong Feelings — to the Rex Theater. AM 8 p.m. 1602 E. Carson St., South Side. $12-14. All ages. 421-381-6811 or www.rextheater.com

Dance Gavin Dance is a loud, aggressive band, but it's not all metal: The band incorporates rock, pop, punk and soul elements. Its most recent, Acceptance Speech, was issued last fall, and for a moment it looked like the band's future was in jeopardy, as members were starting side projects and Dance Gavin Dance's contract with Rise Records was up. The band re-signed with the label before the year was out, though. The group plays tonight at Mr. Small's Theatre, along with guests Capture the Crown, Palisades and Bleach Blonde. KC 7:30 p.m. 400 Lincoln Ave. Millvale. $15. all ages. 412-821-4447 or www.mrsmalls.com