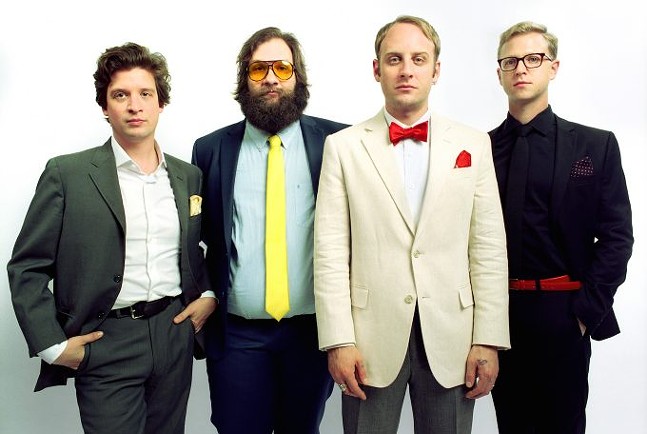 As a self-proclaimed alt-country addict and aficionado, I’ve gotta say it doesn’t get much better than Deer Tick, folks. Even though the Providence, R.I., band rejects the alt-country label, I’m here to slap it right across its members’ foreheads. Famously irreverent frontman John McCauley had a baby with his wife in 2014, and because he needed to raise up his teacup human, the band took an unofficial break. It has been four years since the ill-fitting-suit-donning Deer Tick released a new album, or any kind of new music. In September of last year, however, it decided to make not one, but two albums. You heard me, two. You just can’t miss this one at Mr. Smalls.