CP Year in Review: Hannah Kinney-Kobre reveals your favorite stories of 2022 (plus, some of her own) | Pittsburgh City Paper 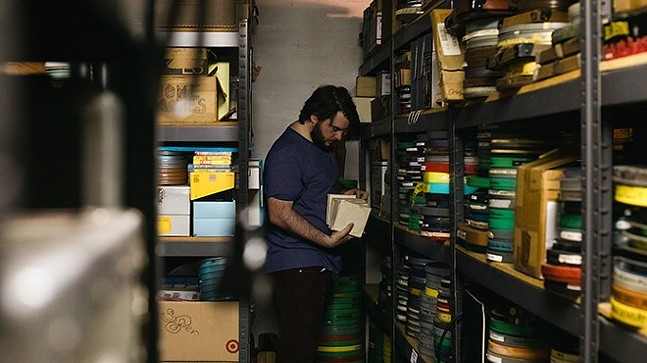 CP Photo: Rayni Shiring
Steve Haines of Sound + Image
I started at Pittsburgh City Paper at the end of January and was immediately thrown into the deep end doing the social media for our Love and Sex issue. Now, 45 weeks later, 45 issues that have hopefully found their way into the recycling, and ... well, I'd like to have some sort of wisdom here but I got nothin'. All I can say is this: we've published some insightful stories, some funny ones, and some that just pissed people off. And some of them quite a few of you read!

So, without further ado, let me count down our top online stories of the year: 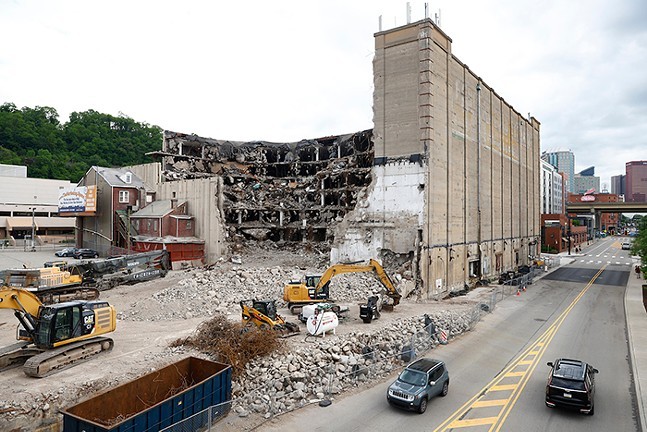 This story from our Pride issue is about one of the oldest woman-owned gay bars in the city, and the threat it faces in the form of massive development occurring all around it in the Strip. My favorite detail? The fact that the bar has a “buffet table out with a crock pot stewing, plus cookies and slices of pizza for the taking; red plastic bowls of popcorn sit on the bar” in addition to nude dancers.

Ah, Wendy … we hate to see you back in the news, but we love to see people getting into psychotic arguments about you in our Facebook comments whenever you pop back up like a jack-in-the-box with — I hate to say it — brilliantly subtle cosmetic work. 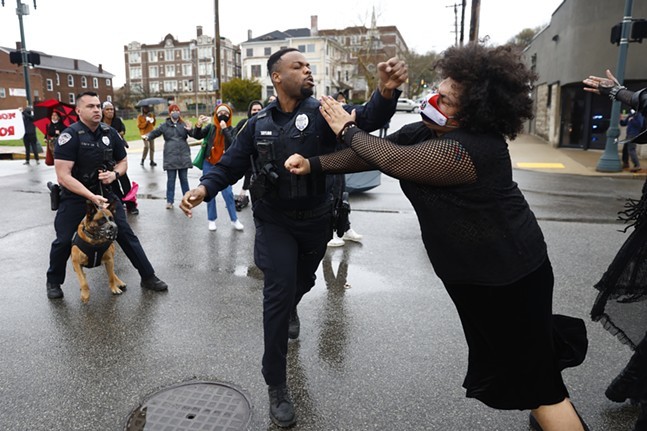 The center of this story is a striking shot from Jared Wickerham, our staff photographer. At a protest against police brutality, he captured this moment of police brutality: an officer striking a protestor. We recently published an article with an update on the officer after a former partner filed a restraining order against him.

The story read around the city! This was by far our most popular story of the year, and for good reason: who can resist a little old Italian cobbler? News editor Jamie Wiggan had just the right touch when it came to capturing the distinctive features of a world that – next year – will no longer exist. But you know what? Enough of your favorites! Let's talk about me. While it's hard to pick examples of my best tweets of the year, I also do a little writing, too. Here's what I'm most proud of this year:

Working on this piece (my first in print here) was beyond nerve-wracking, but I'm really happy with how it turned out. The work Steven Haines and Steve Felix are doing with Sound + Image manages to be thoughtful without being remote or humorless — a tricky sweet spot to hit. I loved being shown around Haines's Munhall basement crammed with wall-to-wall film prints, something our photo intern Rayni captured beautifully. (And P.S. while you're reading this: you gotta check out their next screening on Fri., Dec. 30. They'll celebrate the end of the year with all sorts of rare semi-apocalyptic films, including one that famously got the people screening it sent to jail for obscenity in the sixties.)

I love this lizard so much, and I loved talking to his owner. What a cutie! (Stay tuned for a hopefully revamped Stay Weird in 2023.)

Little known fact: the Squirrel Hill Tunnel is one of the sexiest spots in Pittsburgh. After all, where else is everyone united in screaming about someone riding their ass?

Check out the rest of our V-Day pins here: https://t.co/220mjWDPLo pic.twitter.com/nVuef8Es5V

And last but not least: while I don't remember most of my career in posting, this one has stuck in my mind because it's one of the ones I did my very first week for the Love and Sex issue. I will probably die remembering Lisa (our editor-in-chief at the time) coming up to my desk stunned that the nice Jewish girl with the very professional writing samples dove in headfirst like this. It was a wonderful moment.