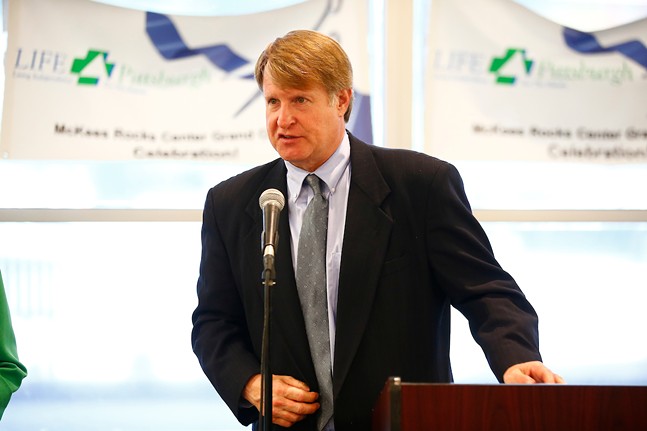 In a press release, Fitzgerald called for an expansion of Pennsylvania's emergency declaration to allow Allegheny County to mail a ballot to all registered voters. Currently, the state allows for mail-in voting for all voters, no excuse necessary. But voters are required to individually register for a mail-in ballot and must do so by May 26.

Fitzgerald cited the dangers of holding an in-person election during the pandemic, for both voters and poll workers. There are over 800 confirmed cases of COVID-19 in Allegheny County.

“Holding an in-person election in the midst of the COVID-19 pandemic would be, in and of itself, a disaster,” said Fitzgerald in the press release. “We are not going to have enough staff to work the election and asking elected and appointed poll workers to work flies in the face of what we’ve been asking everyone in this county to do since mid-March. Voting is the cornerstone of our democracy, but in-person voting would jeopardize this community and potentially disenfranchise voters who would be afraid to come to the polls.”

Recent primaries that continued in-person despite the pandemic have come under fire, including Wisconsin's April 7 primary last week, and primaries held in multiple states on March 17. Fitzgerald says he made the decision based on a recommendation from Debra Bogen, director of the Allegheny County Health Department.

Bogen stated that "there is no way to remain physically distant at our polling places."

The call for mail-in voting comes at a time of precarity for the U.S. Postal Service, which announced that it has suffered severe financial losses that endanger its "ability to operate." The USPS has called for being included in the stimulus from the federal government, but President Trump has rejected the idea.

Fitzgerald alone does not have the authority to instate mail-in only voting. Gov. Tom Wolf has not shut down in-person voting, but has encouraged voters to register for mail-in voting.