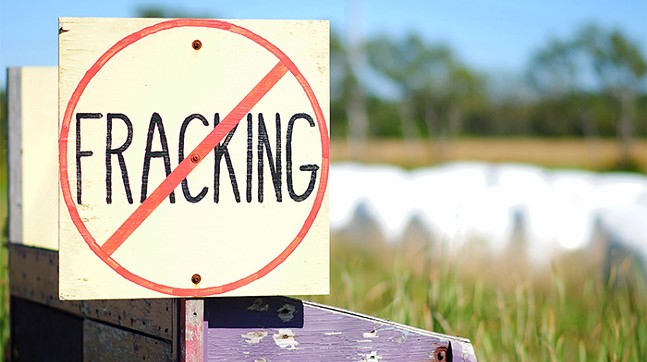 Left Center Right
Resize Cancel
Crop
647 x 362
A contested bill to ban fracking on public parks has safely cleared county council but could still be snuffed out by the executive’s veto stamp.

Following rounds of impassioned discussion, an 11-4 majority of councilors voted to amend the public parks ordinance on July 5 with language prohibiting any agreements for commercial or industrial uses. While the framing is broad, supporters of the bill say they are focused specifically on hydraulic fracturing or “fracking” for natural gas.

“While I have no plans to lease any further gas rights and a majority of Council may oppose such plans as well, any decisions will be up to future County Executives and members of Council who may have different opinions, or may believe that legislation that benefits the general public is of greater interest,” Fitzgerald says in the release. “I won’t make decisions for those future officials, and neither should council.”

But unless Fitzgerald can summon more opposition, council can overturn the anticipated veto with a two-thirds majority vote.

A month before the vote, hundreds of residents and environmental advocates rallied behind the bill during a June 9 protest that was followed by a public hearing where more than 70 people testified in support. Many there referred negatively to a 2014 agreement permitting a private firm to frack for gas under Deer Lakes Park near Tarentum.

Approximately 10 speakers also voiced support for the bill immediately before its passage on July 5.

Dan Galvin, an army veteran, told council he managed to overcome a crippling case of childhood asthma through a swimming and exercise regime, but has recently seen his symptoms return since moving to Allegheny County.

“And these past years after three decades of respiratory health, I've once again had the experience of asthma attacks while running during days of poor air quality, which in this region is sadly often,” Galvin said. “If the air here in Allegheny County is toxic enough to impact me that way, after 30 years of freedom from asthma, I can only imagine the damage done to developing lungs and developing hearts and developing brains.”

Like Fitzgerald, the bill’s detractors say they oppose the concept of fracking in public parks but reject it over legal and procedural concerns.

“We all agree that we should not be fracking on public parks,” Sam DeMarco (R-At-Large) said before voting against the law because of concerns about the scope of the language.

Suzanne Filiaggi (R-D2) similarly claimed to oppose fracking in parks, but said her experience as a lawyer gave her concerns the language could threaten around 60 existing agreements with businesses and nonprofit entities.

“Let me be clear, I'm an avid park-goer, and I don't want drilling in the park. But my job, as I see it, is to see the big picture," Filiaggi said. “And this bill as drafted does not work as intended. I will vote no.”

Futules, one of three councilors who approved the 2014 Deer Lakes agreement, argued fracking would have gone ahead at the park even if council declined the agreement. He said in that case, and in possible future scenarios, entering a lease agreement at least gives the county revenue and some oversight of the activity.

“The Marcellus Shale industry is here, we're not going to get rid of them. We're not going to stop them,” Futules said. “But why would we not consider a subsurface lease if one were to come close enough to us to receive the royalties?”

Bethany Hallam, a prime sponsor and vocal advocate of the bill, denounced their technical concerns as obfuscations.

“So why are we sitting up here even debating excuses for why you want to vote no, while saying, 'I support the spirit of the bill?' Then vote no,” she said. 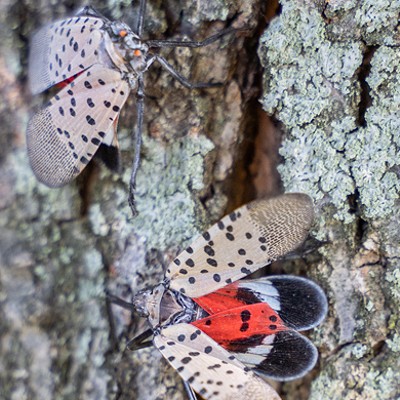