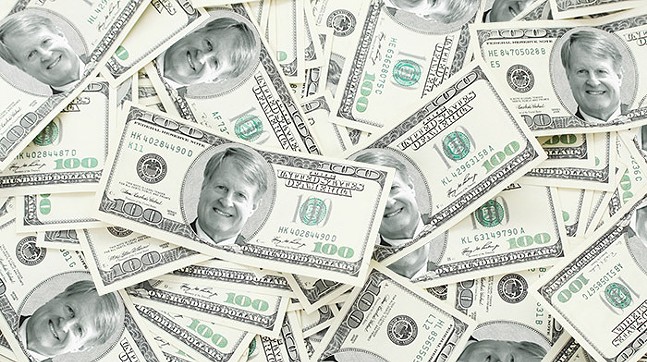 A bill seeking to strengthen council oversight of county salaries fell a vote short of clearing the chamber on July 5.

The bill was introduced earlier this year after several councilors raised concerns about a pattern of salary hikes granted to high-level Allegheny County staffers. According to records first published by the Pittsburgh Independent, Chief Executive Rich Fitzgerald’s chief of staff, Jennifer Liptak, County Manager Willy McKain, and Director of Performance and Analytics M. Joanne Foerster, have all seen their salaries boosted by 40% or more since 2019.

“The inner circle of the county executive are getting tens of thousands in raises each year with no job description change,” Councilor-at-Large Bethany Hallam (D-North Side) said Tuesday before the vote was called. “Please explain that.”

The failed bill would have required the county manager to submit a series of reports to council prior to the annual budget adoption, with updates on new positions, anticipated promotions, and salary raises. County budgets do not currently include line items for staff salaries, but show overall payroll expenses for each department.

Supporters say the measures spelled out in the bill are necessary to ensure councilors can adequately review budget provisions before casting their votes. Before voting in support of the measure, Council President Pat Catena (D-Carnegie) accused the administration of frequently delaying the release of important budgetary information.

“We find out about things after the fact,” Catena said. “We pass a budget, basically blindly without all of the information given to us. We get blindsided.”

But the slim majority who crushed the bill said the measures were unnecessary, and potentially harmful. Councilor Nicholas Futules (D-Cheswick) pointed out that the information requested is covered by open records law, meaning council and the public is already entitled to view it.

Councilor Tom Duerr (D-South Hills) said he opposed the bill because he believes pressure from council to reduce raises could risk sparking departures across the administration.

“If we're making a massive deal out of individuals’ salaries, who are dedicated public servants, not elected officials employees in the county, we will see a talent crisis at this institution, not for this administration, but for the next one,” Duerr said.

Councilor DeWitt Walton (D-Hill District) suggested the bill was motivated by personal animus toward Fitzgerald and the administration.

“I believe that this is part of an ongoing effort to try to humiliate and isolate the administration,” he said.

Hallam emphasized the bill was solely for ensuring information access, and did not grant the legislative branch any additional powers to set salaries.

“Let's make sure that we are able to do our jobs,” Hallam said. “And the only way we can do that is if we all have equal access as equal members of council to this important information … this is a good government bill.”

Fitzgerald’s office did not respond to requests for comment on the bill and the underlying allegations about staff raises.