Costumes from The Wiz, contemporary art from Brazil, the Frick explores its own collection, and much more | Fall Arts Preview | Pittsburgh | Pittsburgh City Paper

Costumes from The Wiz, contemporary art from Brazil, the Frick explores its own collection, and much more 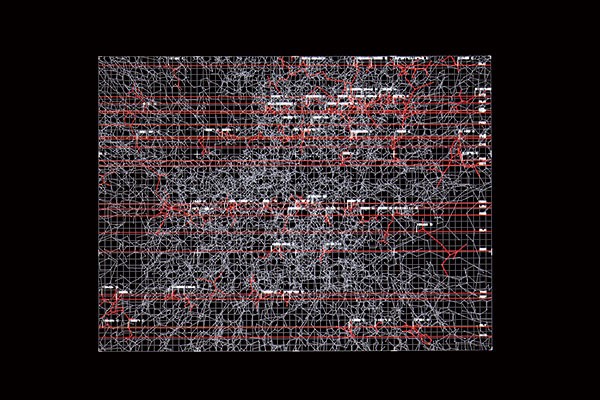 Exhibitions this fall will explore ideas both remote and close to home, ranging from practical to fantastical.

If, like me, you are a fan of The Wiz (yes, I saw it on my birthday during its 1976 tour and loved it!), you will definitely want to “ease on down the road” (sorry) for Costumes of the Wiz Live! at the August Wilson Center (opening Sept. 23). This exhibition, being billed as a world premiere, features the work of Tony-winning costume designer Paul Tazewell.

Also at the August Wilson Center will be events related to the 26th International Sculpture Center Conference (Oct. 15-18).  Inspired by industry and innovation in Pittsburgh, the conference, called Sculpture in Context: Tradition and Innovation, will explore how contemporary sculpture can effect cultural reinvention.

Speaking of cultural reinvention, sometimes it seems like the more things change, the more they stay the same. Sweetwater Center for the Arts hosts Patterns of Injustice (Sept. 23), an exhibition organized and presented by Women of Vision, Inc. as part of the MAVUNO Festival that will explore themes of injustice and activism. And in collaboration with the ToonSeum, there will be two events related to March, a trilogy of graphic novels about civil-rights leader John Lewis (Oct. 8). The talks include discussions with U.S. Congressman Lewis, and his co-author Andrew Aydin and illustrator Nate Powell. Also focusing on change agents, the American Jewish Museum hosts Being Good (through Dec. 26), a show organized by photographer Brian Cohen that highlights how three Pittsburgh artists and thinkers use their artistic practices and ideas to improve the lives of people living in distressed neighborhoods.

Other forms of change, such as recycling and upcycling, will be celebrated during the Re:New Festival, which continues through Oct. 9 at various venues around town.

While not exactly recycling, two local institutions bring new scholarship to what already exists within their own permanent collections. The Frick Collects (Oct. 29) will “take a look at the Frick in a new way” by telling the story of the museum’s collections from Henry Clay Frick’s earliest purchases through his daughter Helen Clay Frick’s, and up to more recent acquisitions. And The Andy Warhol Museum will show Andy Warhol: My Perfect Body (Oct. 21), an exhibition comprised of works from the permanent collection, as well as some rarely travelled loans, that will explore the parallels between Warhol’s personal history and the treatment of the body as a subject in his work.

Other comprehensive exhibitions include an Edward Eberle Retrospective at the Society for Contemporary Craft (through March 11) with work from the 1980s to the present, and the much anticipated Hélio Oiticica: To Organize Delirium, at the Carnegie Museum of Art (Oct. 1), the first U.S. retrospective of work by one of the most significant Brazilian artists of the 20th century.

Also exploring architectural systems, but focusing on decay and collapse is Dissolution – Jason Forck and Seth Clark, at the Pittsburgh Glass Center (Oct. 7).  These artists, one working in glass and the other in collage, will collaborate by creating an exhibition of both individually made and collaborative pieces based on each other’s ideas that have been broken down and reformulated.

Center for Creative Reuse has a Secret Show