"We try to make it as easy as possible for everyone." 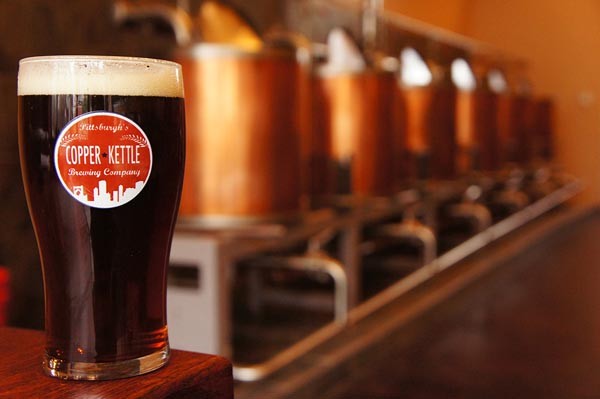 "You don't have to worry about clean-up. You just get to do all the fun stuff," Greg Hough tells a patron who's stirring a steaming kettle of malty wort at the Copper Kettle Brewing Company.

The process is straightforward: Hough or one of his staff guides budding brewmeisters through the process of creating a craft beer. There are nearly 50 recipes to choose from, and along the way, "You can see and experience what goes into beer," says Hough. The brewing activities take about two hours. Guests can relax in the adjoining Hough's Taproom, and enjoy beer from one of the brewery's six (soon to be eight) taps during the occasional downtime in the brew process. (Hough advises sampling a few beers beforehand: All the beers on tap can be reproduced in the Copper Kettle.)

Beer can be made in either small (two cases) or large (five cases) batches, with costs ranging from $80 to $195. Bottles cost extra, though you can bring your own.

Hough says the experience is "very hands-on," and adds, "we try to make it as easy as possible for everyone." He says that even if you've never brewed a beer before, you're almost certain to be satisfied with your creation.

Ferguson says that he and his friends — who also brewed a Werewolf Slayer Pale Ale called "65 and Still Alive," and a yet-unnamed Belgian Tripel — agree it was the perfect way to spend a few hours relaxing together.

"The hardest part was deciding which recipes to make," Ferguson says — though there's also the challenge of waiting two weeks until beers are ready for bottling.

At least there's nothing to clean up.