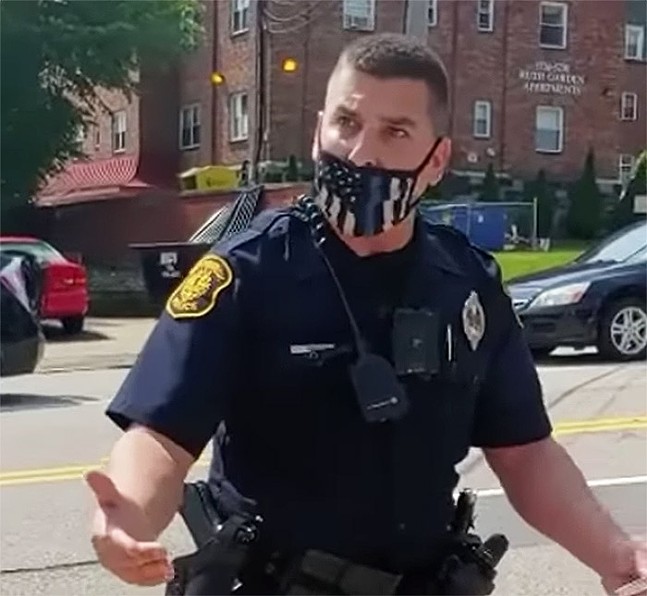 Paul Abel Jr. was removed from the police force and is no longer employed by the city of Pittsburgh.

On Dec. 22, 2020, it was reported by the Pittsburgh Post-Gazette that city officials terminated the longtime police officer following years of complaints, litigation, and public outcry over his actions, including his alleged involvement in the death of Charles Dixon in 2002.

"He is not currently an employee of the city of Pittsburgh," Dan Gilman, chief of staff to Pittsburgh Mayor Bill Peduto, told the P-G.

City officials and the Fraternal Order of Police Fort Pitt Lodge 1 declined to reveal why Abel had finally been let go. At the time of his firing, Abel was the subject of a Citizen Police Review Board investigation into a video showing the officer assaulting and threatening to tase a man he arrested in September 2020 at a Squirrel Hill farmer’s market. Many questioned if the arrest was lawful, as the man, later identified as Daniel Holc, claimed he had simply confronted Abel about his Blue Lives Matter face mask.

The P-G pointed out that the review board was also examining an arrest of a tow-truck driver by Abel in December 2019.

Fraternal Order of Police Fort Pitt Lodge 1 president Robert Swartzwelder told the P-G that the union was appealing Abel's termination through arbitration. As reported by Pittsburgh City Paper in 2014, the arbitration process has been used by the police union to get officers back on the force, even if their records show a clear history of fireable offenses such as using excessive force.

Original story published Nov. 10:
On Thursday, it was reported by WPXI that Paul Abel Jr., a police officer at the center of multiple complaints and controversies, may be terminated from his position at the Pittsburgh Police Department.

WPXI broke the news with an exclusive saying that “multiple law enforcement sources” confirmed Abel had been suspended and that the City of Pittsburgh plans to fire him. Abel has been the subject of more than a dozen complaints filed with the Citizen Police Review Board and is under investigation for various incidents.

The suspension apparently came after the arrest of a homeless man on the North Side, according to the station's report, but no further details were given.

In September, Abel's history of alleged misconduct came under public scrutiny again when he was filmed arresting a man in Squirrel Hill. The video shows Abel grabbing the man, later identified as Michael Holc, and forcing him on the ground after Holc questioned Abel about his Thin Blue Line face mask. (The Thin Blue line symbol was first popularized in the '70s and '80s thanks to novels and a documentary, but it has since been co-opted by the Blue Lives Matter movement, a pro-police movement formed in reaction to the Black Lives Matter movement. Blue Lives Matter memorabilia has also been used during white supremacist events, like the Unite the Right rally in Charlottesville.)

The incident spurred a memo requiring that officers only wear masks approved by the department, according to a report by WTAE.

Abel has also been investigated for other incidents dating back over a decade, including the 2017 arrest of former Pittsburgh Steelers assistant coach Joey Porter on the South Side.

According to the Pittsburgh Post-Gazette, in 2008, Abel was arrested on drunken driving charges and was accused of pressuring his wife to file a report falsely alleging she suspected the parents of her first husband of inappropriately touching her two daughters. In that same year, Abel was also suspended and charged with aggravated assault and two counts of driving under the influence after an incident in the South Side where his gun discharged as he was allegedly pistol-whipping a man. Abel was later cleared of those charges by Allegheny County Common Pleas Judge Jeffrey Manning.

Criticism of Abel's continued employment became more amplified when it was revealed that Abel is one of the city's highest-paid employees, making more than $150,000 a year.

In light of these allegations, a change.org petition has been circulating, calling on Pittsburgh Mayor Bill Peduto and Pittsburgh Police Chief Scott Schubert to remove Abel from his position “as he is horribly unfit for the job.” The petition has so far gathered 5,175 signatures.

This story will be updated as new details emerge.