Ponder the what-if of an entirely plausible global pandemic. 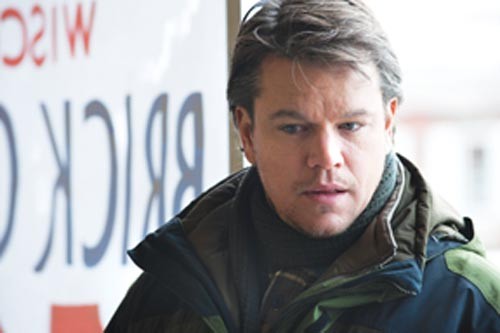 In Steven Soderbergh's sobering pandemic thriller Contagion, we hear the villain while the opening screen is still dark. An unremarkable cough -- but it's the first salvo in a war between a new rapidly spreading virus and humans without immunity or a vaccine.

From one woman infected while away on business, Contagion depicts the inevitable spread of the disease, and the frantic, confused rollout of resources to combat it. Viewers bounce from suburban homes in the heartland and the Centers for Disease Control in Atlanta, to a conspiracy-minded blogger in San Francisco and the disease's birthplace in China. Through it all, we're invited to ponder the what-if of this entirely plausible global crisis. The film's early scenes are particularly unsettling as we see how easily an illness can spread; Soderbergh's cameras linger just a beat too long on handshakes and shared surfaces.

As the situation worsens, the narrative starts to feel truncated, as Soderbergh hurries to get lots of moving pieces in sync. (This would have made an awesome mini-series, with room for more emotional engagement.) And the film's conclusion may have cynics guffawing. But if Big Pharma to the rescue in real life seems unlikely, then chalk it up as another thing to be worried about when the credits roll.