Some may be surprised that Blue Dog Democrats still exist 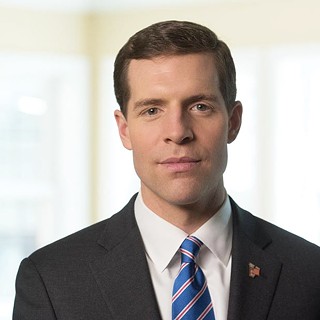 It may sound strange to call an election decided by fewer than 700 votes a landslide, but consider this. Since the district was redrawn in 2000 to intentionally favor GOP candidates, Congressman Tim Murphy only received less than 60 percent of the vote once. (Murphy, a pro-life Republican, was forced to resign last year after he counseled the woman with whom he was having an affair to get an abortion.) Republicans were not supposed to lose this district, but they did last week.

Lamb laid out a roadmap to Democratic victories in Trump country. Paul Ryan and Donald Trump say Lamb won because he’s essentially a Republican. Well, they are essentially wrong. Lamb won because his platform and his background are representative of the communities he will serve. He’s a moderate Blue Dog Democrat who was able to speak to Democratic voters who voted for Trump in 2016.

Some Dems may be surprised that Blue Dogs still exist following the party’s deliberate and public migration to the far left in recent years. But many of these politicians were all more moderate until polling data told them to get on board more progressive causes. Do we like where Conor Lamb stands on some issues, like gun control? Absolutely not. But he is a solid vote for Dems in the House of Representatives, and he knows how to campaign to rural Democrats: talk about their financial situations; talk about the opioid epidemic; stand strong on the Second Amendment; and regardless of how he really feels about the president, talk about him as little as possible. Instead, talk about how coal and steel jobs haven’t returned to the area; how steel tariffs will actually hurt existing business; and talk about the tax-cut plan that is so bad that Lamb’s Republican opponent stopped campaigning on it.

The only way to make big change is to gain control of the U.S. House and Senate. Conor Lamb showed us the game plan to retake control. It involves being inclusive and listening to everyone’s issues, even when they don’t perfectly mesh with our own ideologies.

The City Paper editorial board is Charlie Deitch, Meg Fair and Celine Roberts. Send comments, questions and letters to info@pghcitypaper.com