Concert review: The Mall of Metallica 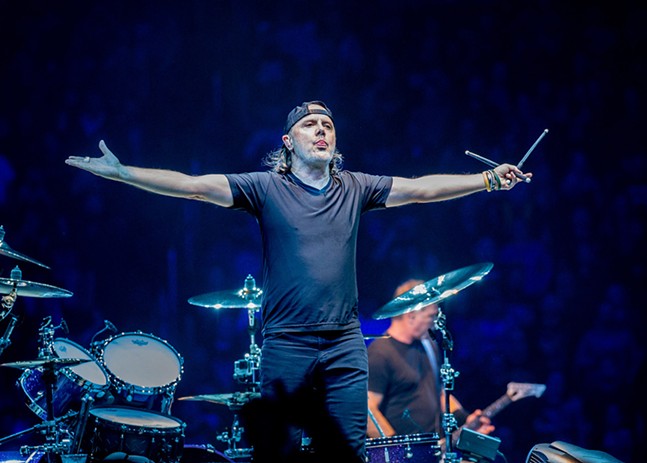 CP photo: Mike Papariella
Lars Ulrich hams it up on stage with Metallica at PPG Paints Arena on Thu., Oct. 18.

Metallica put on one hell of a show last night. And that may not be a good thing.

The set at PPG Paints Arena was tight and covered a lot of ground from their historic discography. Kirk Hammett was shredding as Kirk Hammett shreds. James Hetfield commanded the stage like a childhood friend’s father who you are kind of scared of and totally respect. Robert Trujillo had his bass slung low and postured a nice crab stance. And Lars. Well, Lars was quintessential Lars, jumping off his throne to do standing cymbal rolls and running to the edge of the stage as the band’s hype man.

The danger lurking right under your nose at kids’ birthday parties