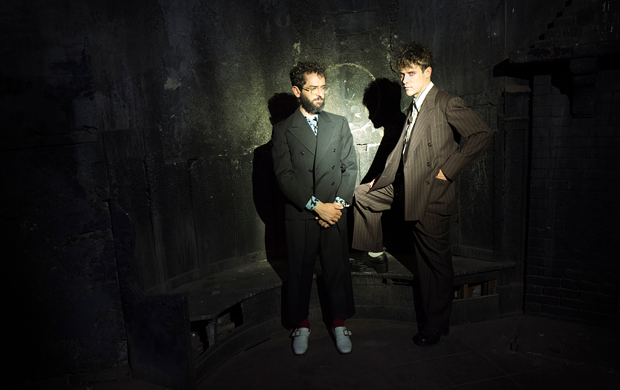 Photo: Brad Elterman
MGMT
Stay up-to-date with your favorite artists coming to Pittsburgh. Each week, Pittsburgh City Paper delivers the most recent concert announcements so you never miss a show.

This December, see the band that took "Elvira", as well as "Bobbie Sue," "Dream On," "Thank God For Kids," "American Made," and "Fancy Free" to the top of the charts.

Coming this May!@rhettmiller is coming to The Funhouse at @MrSmallsTheatre on May 1st.
His new album, The Messenger, is out now.

King Dude. Fri., May 1. The Smiling Moose, South Side.

JUST ANNOUNCED: Prog-metal icons Animals As Leaders take on the Roxian Theatre to celebrate their 10 Year Anniversary on May 17th w/ The Contortionist & more!

JUST ANNOUNCED: Folk country artist @johnpaulwhite (formerly of the Civil Wars) performs live at the new and improved Thunderbird Music Hall on May 15th! Tickets are on sale this Friday 3/1 at noon!

JUST ANNOUNCED: @Korn x @AliceInChains are heading out on tour with @UnderoathBand and @fever333 and they're coming to KeyBank Pavilion on Saturday, August 17th! Presales start 2/28 at 10am local time. Part of @BordasLaw Concert Series. Get more info here: https://t.co/tI70PaQi4x pic.twitter.com/zJ1Qu4Nrvq

Get your tickets for David Crosby & Friends: Sky Trails Tour 2019 on June 2nd at the Music Hall! Tickets: https://t.co/CPFgG4NZTs https://t.co/UMvL4ltKta

NEW SHOW: Worriers w/ awakebutstillinbed + Pity Party on 5/22 presented by Don't Let the Scene Go Down on Me! Collective!!

Save the Date: We're throwing a huge show at the Shenll March 8th, ft. Pgh musicians @watertrashpa & Alvin Row, & joining us from Philly/NY are Florry & Utah!

Jenn Wertz is ready to take 'em as they come