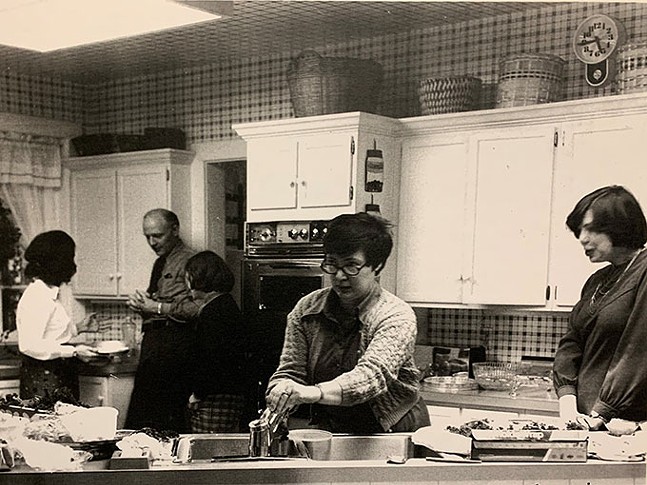 Community cookbooks bear little resemblance to celebrity chef vanity projects or neatly packaged recipes dedicated to one type of cuisine or another. With round, plastic binding holding together page upon page of what looks like hand-typed recipes, these collections of donated recipes tend to have more personality than their glossier, professional peers.

In the Pittsburgh region and throughout the country, they signify more — as a historical text, a tool of female empowerment, and, in the case of Three Rivers Cookbook, a popular, long-running community cookbook series produced by the Child Health Association of Sewickley, a way to help others.

“[Three Rivers Cookbook] was a total game-changer for our organization,” says Nancy S. Patterson, vice president at Child Health Association of Sewickley, a nonprofit originally founded in 1923 to provide milk to undernourished children. “Our contributions became much more significant after the success of the first cookbook and the cookbooks since then.”

Along with Becky Fallgren, Patterson serves as the co-chair for the development of the fifth edition of the Three Rivers Cookbook. Slated for release in 2021, it’s the first new cookbook the organization has released in 20 years and the latest in a tradition that started in 1973 when the first book was released to much success.

Over time, cookbook sales brought in enough revenue for the organization to expand its reach. Patterson says they now cover most of Southwestern Pennsylvania, giving out a total of $100,000 in grants to 15 area charities annually for the last several years. To date, she says they’ve given away a total of $4.6 million.

Carrie Helms Tippen says she bought the first Three Rivers Cookbook after relocating to Pittsburgh from Texas to teach English writing and literature at Chatham University. As an author who studies and writes about cookbooks, including in her book Inventing Authenticity: How Cookbook Writers Redefine Southern Identity, Tippen says community cookbooks are essential. 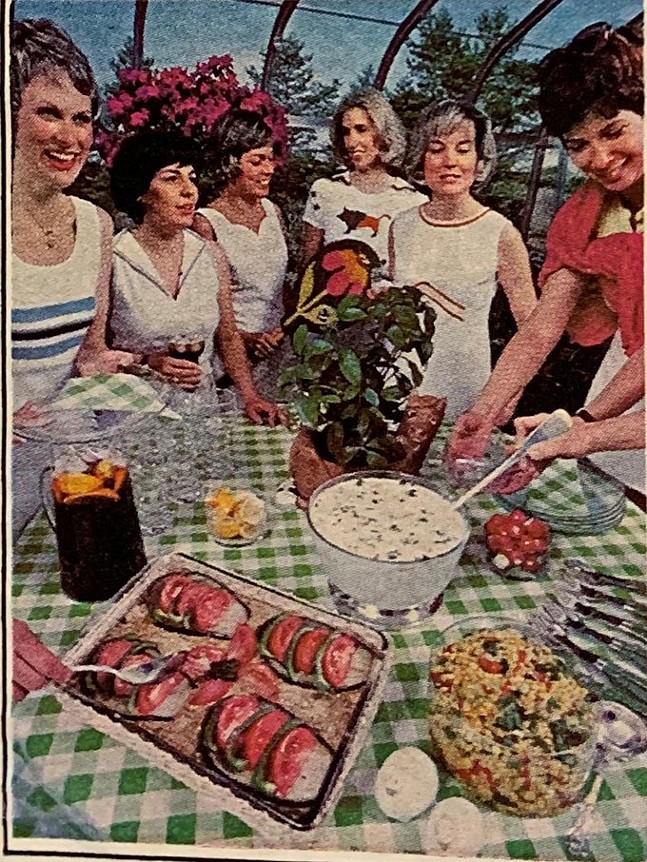 She says community cookbooks can be traced back to the Civil War when they were made and sold to cover war-related medical costs.

In the Pittsburgh region, community cookbooks provide a fascinating insight into the city’s history and its various cultures. Tippen recalls how one local community cookbook she received came from a union group and contained a section of recipes to make during a strike.

Tippen and her students also made their own contribution to this culinary tradition. With funding from the Council of Independent Colleges and an AARP Intergenerational Connections grant, 10 students spent an academic year interviewing and collecting recipes from older adults at the Vintage Senior Services center in East Liberty. Those recipes became the recently released Vintage Generations Cookbook.

“We wanted our interviews to be Pittsburgh-based, to get Pittsburgh cuisine, and I think we did that, but to an extent, we’re really trying to represent what people actually cook and actually eat,” says Tippen, adding that the recipes include three different styles of greens, entries with Irish, Polish, or Greek influences, and a vegan dish. “They kind of run the gamut.”

Archivist Rosemary Kovacs volunteers at the Heinz History Center and says the center’s Detre Library & Archives contains a number of community cookbooks from the region. They range from Our Sisters’ Recipes published by the Sisterhood of Rodef Shalom Temple in 1909, to ones published by the Greater Pittsburgh Community Food Bank and the Westmoreland Museum of American Art. 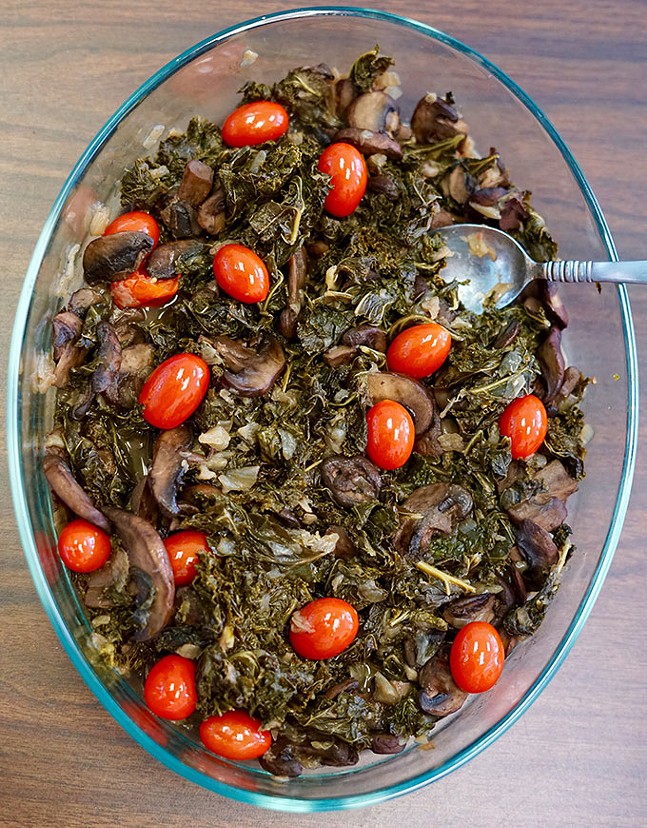 “They seem to encompass all religions and all types of groups,” says Kovacs.

No matter where they came from, there's one common factor: Community cookbooks were primarily made by women, for women. Patterson says producing the Three Rivers Cookbook inspired many women to enter the workforce in times when that was not expected of them.

“It used to be all stay-at-home moms who may have launched careers afterward,” says Patterson, adding that now most women with the Child Health Association of Sewickley work either part- or full-time in jobs that range from attorneys to dieticians. “After the kids got older, they went on and worked on some big projects because this was a launching point.”

She adds that developing Three Rivers Cookbook reflects how women's roles have changed since the series launched over 40 years ago. Besides a shift from mostly canned or processed ingredients to fresher fruits and vegetables, as well as considerations for people with food allergies or intolerances, the few hundred new recipes are quick, easy meals for people to make after work or school.

But in a time when home cooks have a wealth of cooking shows to watch and an internet full of recipes at their fingertips, why would anyone want to buy a physical cookbook, especially one produced by non-professionals? Tippen believes it has a lot to do with trust, as community cookbooks differ from commercially printed cookbooks or cooking blogs.

“I think it kind of depends what’s at stake in the dinner service you’re about to do,” says Tippen. “If it’s Thanksgiving or Christmas and the stakes are kind of high, you want to go high trust, maybe that’s your community cookbook. … Or if it’s a dinner party and I want to shine and demonstrate I’ve got some class, go to the chef cookbook.” 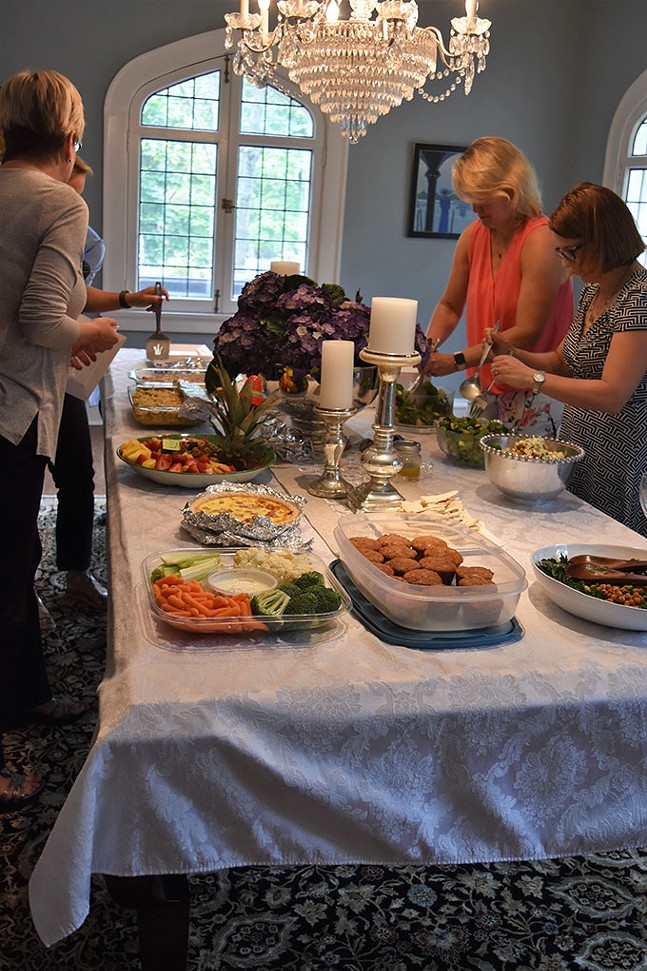 That level of trust comes across in the process behind making the latest Three Rivers Cookbook, as recipes are made step-by-step, tasted, and revised by a dedicated group of people within the organization.

While there’s a certain nostalgia and charm to print community cookbooks, Tippen understands that, along with the recipes inside, they need to change with the times in order to survive. This especially applies to the Vintage Generations Cookbook, as they could only afford to print 50 copies. To make sure people can still access it, the recipes were made available in PDF form on Chatham’s website. She says they plan to keep the project going, as students continue to meet with Vintage seniors and publish recipes on the cookbook blog.

“I’m hoping that it has more of a digital life,” says Tippen. “And maybe that’s the way of the 21st century too, is community cookbooks [going] digital.”