Comedian Richard Lewis discusses insomnia, why strangers are better than family, and finally getting married.


Richard Lewis is one of the most recognizable and sought-after acts in standup comedy, with more than 50 appearances on Letterman and several HBO specials to his name. A new generation of comedy fans have seen him play himself on HBO's Curb Your Enthusiasm. But no matter the medium, or even the time of day, Lewis remains quick-witted and hilarious. He'll deliver the comedy that's made him famous at The Improv, with shows Nov. 15-Nov. 18.

If I'm acting I can be up as early as 4, or I might be writing. I'm always up during the night. I got married a couple of years ago and my wife doesn't sleep very well either, so she doesn't mind. I often get up and scribble down a premise, without turning the light on, hoping that I'll remember what it is in the morning.

What sort of weird word combinations do you wake up to?

Usually things that are making me suffer or something I'm not expressing, which is the exact reason that I got up onstage back in '71 -- I didn't think anyone was listening to me. That, and I couldn't tolerate anyone I knew, but really adored strangers. The audiences were like family reunions. When they laughed at my feelings, I thought that was just the sort of love and attention I should get from family. That's probably why I got married late and didn't have kids; I was subconsciously terrified of destroying some poor little baby.

Did you expect to marry?

We didn't want to invite anybody. That way I'd have to do less damage control if I blew it. But my publicist said, "You getting married after a run of 57 years of mostly unconscious relationships and craziness? There's got to be something there." I said, "No, there isn't." I treasure the fact that no one knows until I talk about it. 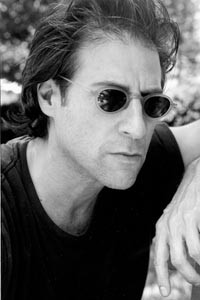 "I couldn't tolerate anyone I knew, but really adored strangers": Richard Lewis