"Now they say if you don't have anything nice to say, retweet it." 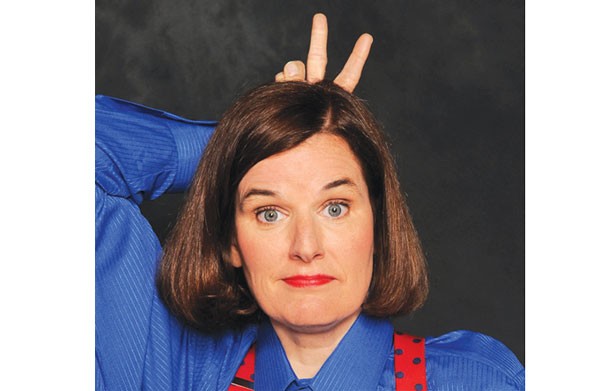 Even if one of Paula Poundstone's standup-comedy performances starts off slowly, she has something in her favor: a theater filled with people ready to laugh. "Nothing worse than a group of people who came out for a meeting," she says. "Or to ... protest, or make a law or something."

The comedian, a fixture on NPR's Wait Wait ... Don't Tell Me quiz show, recalls a recent meeting at her son's school about using online math programs instead of textbooks. "Oh, it was heinous," she says, by phone from her home in Santa Monica, Calif. "I'm proud of myself that I only made one comment the entire time. I said the textbook is good because it can catch the tears.

"Honestly, the head-of-school guy turned to me and laughed and everybody else glowered at me. So I didn't say another word. [I thought,] I don't belong in this room."

Gruff but never nasty, Poundstone began more than 30 years ago with her observational brand of humor, which works best without preparation. She walks onstage with only a vague outline of the evening. "I have kind of an evolving skeleton in my head. It doesn't stay the same ever," she says.

When her act moved toward theater settings in the early '90s, the trend in comedy clubs was toward mean-spirited humor that was "loud and yelly with no punchline." Now, she feels, things might be a little more sinister, thanks partly to social media.

"It's a little bit like the way people are in their cars: They'll flip people off and yell mean things that they would never do were they not in the little metal box, feeling powerful. When I was growing up, we were all told if you don't have something nice to say, don't say it. Well I said it anyway, sometimes," she admits. "But now they say if you don't have anything nice to say, retweet it."

People enjoy being offended, she adds. It reminds her of a Lenny Bruce routine about his obscenity trial where the judge and prosecutor repeat the same words that got the comedian arrested. "If it's so offensive, then why are you saying it?" she asks. "But I think people get off on finding things to be offended by." 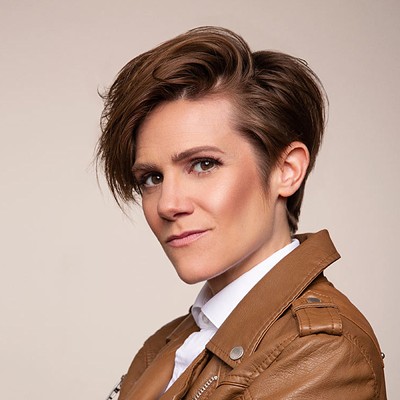