"Wow, thank you, Universe, for giving me this brief amount of time to tell jokes for a living." 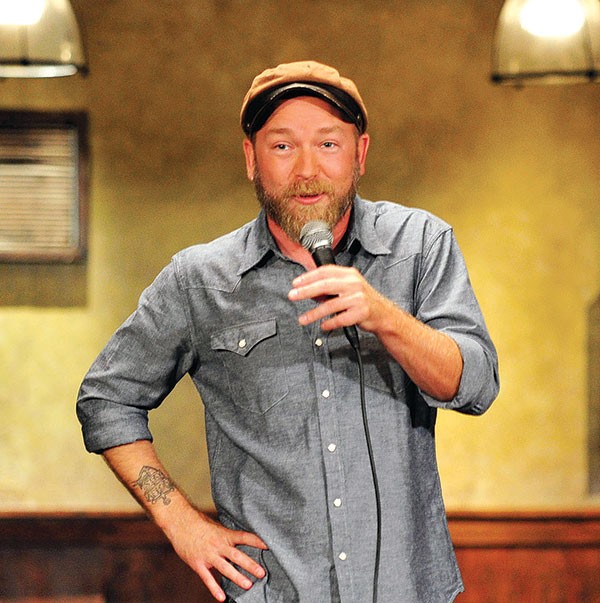 "All a miracle is, is the world letting you know it can still surprise you," comedian Kyle Kinane says on the opening track of his latest album, I Liked His Old Stuff Better. The record captures a raucous performance at the 40 Watt Club, the legendary rock venue in Athens, Ga. The line sets up tales of debasement and personal disaster, but it also sums up Kinane's comedic perspective, which mines disappointment as a source of wonderment and redefines success as the absence of utter failure.

"Maybe it's a Midwestern belief, but just hope for average. If it goes above that, lucky you," Kinane says by phone, as he prepares for his U.S. tour. "I wasn't raised materialistic or anything, so it was kind of like, ‘You got your imagination, go have fun, go with your friends.' You make the best out of everything; we didn't need toys, just go out and sit in the dirt, have fun. And that's kind of what I did with the rest of my life."

Kinane, 38, has found success in comedy, but it's taken a while. He moved from Chicago to Los Angeles in 2003. His first Comedy Central special aired in 2011. "If you think you're going to be a superstar because of standup comedy, you're going to be disappointed. I'm still mystified that I made it this far," Kinane says. "All I can say is, ‘Wow, thank you, Universe, for giving me this brief amount of time to tell jokes for a living.'" Kinane also provides the gravelly voiceovers for Comedy Central's promotional spots.

Kinane's world-weary pragmatism is hard-won. His dry, detached observations are a levy against the flood of desperation and absurdity in the world. Kinane's narratives offer a funhouse-worth of skewed self-reflection. Each inner monologue seems to beget another darker, deeper inner monologue. "To explain where I'm at on the social spectrum, I recently said ‘God bless you' to a cat," he says on his previous album. "Not my room, not my cat, but I was fine with this arrangement."

Is Kinane's perspective a mark of maturity? "I'd like to say that, but it still goes one way or another," he says. "Still, one of the funniest things is when someone just flies off the handle."