“I like to think that we’re just cool. It’s just two cool Joes, yellin’ at the government.” 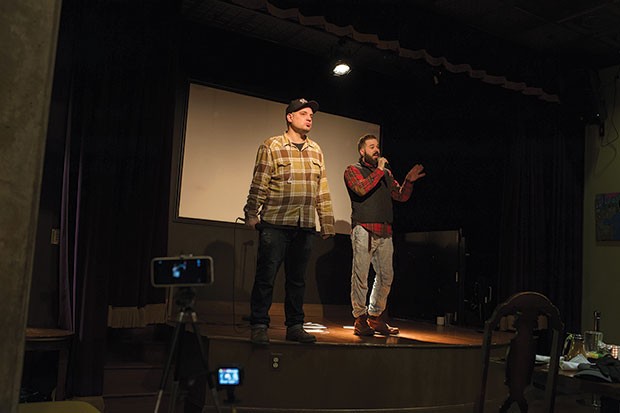 After six years of broadcasting, Columbus, Ohio-based podcast Street Fight Radio recently enjoyed a considerable bump in popularity. In the past six months, its audience has grown from about 1,100 to around 5,000 weekly listeners. The timing — when polling finds approval for both major political parties at dismal lows — is not a coincidence.

And cohosts Bryan Quinby and Brett Payne, who are avowed leftists and describe the show as the nation’s “No. 1 anarcho-comedy podcast,” have a pretty good idea why. “[We’re] aggressive,” says Quinby. “People want to hear people being mad at the government, because everbody’s mad at it. … And MSNBC, these liberals do it in such a dorky way.”

Plus, he adds, “I like to think that we’re just cool. It’s just two cool Joes, yellin’ at the government.”

This week, Quinby and Payne bring their live version of the show to Spirit, where they’ll appear with the hosts of fellow aggressive-leftist podcast Chapo Trap House. The Street Fight hosts will spend their part of the show discussing “small-business tyrants”; as for the Chapo guys, “We just let ’em loose,” Quinby says.

Street Fight’s growth has been helped by its association with Chapo Trap House, which debuted in March of last year, during the presidential election. Based mostly in New York City, the Chapo hosts delight in mocking and scandalizing conservatives and liberal Democrats alike, especially members of the establishment press. Proud originators and popularizers of the term “dirtbag left,” they’re either (depending on who you read) “intolerant vulgarians” or “vulgar, brilliant demigods of the new progressive left.” (Apparently, everyone can agree that they’re vulgar).

Despite being around longer, Street Fight, which started in 2011, has a much lower profile than Chapo, which has more than 11,000 subscribers paying $5 a month for extra content; Street Fight currently has 438. But, in many ways, Street Fight has the potential to appeal to a much wider base.

The Street Fight format is reminiscent of the more freeform end of traditional talk radio. Early in their friendship, Payne and Quinby did standup together, and the chemistry and camaraderie between them is palpable, as they shift seamlessly from, for example, serious discussion of the heroin epidemic, to musings about microdosing Jeff Sessions, to candid stories about their own drug experiences. They’re also staunchly regional, and aim to be “as Ohioan as possible,” Payne says. “It makes people mad immediately.”

On Street Fight, conversation is filtered through a radical-leftist lens. It’s also deeply informed by the day-to-day realities of poverty and paycheck-to-paycheck living. Here, things that are usually discussed from a soapbox, or with shades of obligatory shame, are simply realities, ready to be mined for laughs.

“It’s part of being a comedian and trying to make fun,” Payne says, “but for us. it was like, ‘Wow, we’re really struggling and trying to get by.’ So for me … I just have to laugh when someone runs into my car when I’m going to my second payday-advance place.”

In the wake of the 2008 market crash, he recalls, “You started seeing all these statistics of where the wealth was distributed. You started seeing what the median wage was. And I’m thinking to myself … I’m still not above that median income, and it feels like I’m barely hanging on. And you realize that 50 percent of other people are also barely hanging on. But instead of being honest, [we’re] shameful about it. And it’s just no fun that way.”

That’s why Payne and Quinby are forthcoming about things like drugs, past petty-criminal activity and other potentially embarrassing topics. They’re also both stay-at-home dads and talk often about their families. “I want to be as transparent as possible,” Quinby says. “I want people to see my journey, I want [them] to be able to see that people can change, people go through different phases in their lives.”

Ultimately, Street Fight demonstrates that it’s possible to live — and maybe even spread — your politics without alienating everyone else.

“There’s this guy who runs the door for our shows in Columbus, who, in 2011, wanted to drive to my house and beat me up, because I was fighting with him about the Ground Zero Mosque,” Quinby recalls with a laugh. “So I know that talking to people in a plain way is how you’re going to get them on your side.” 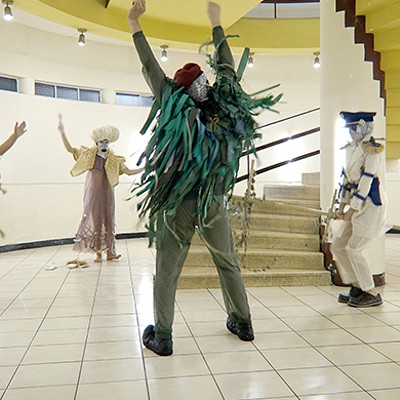