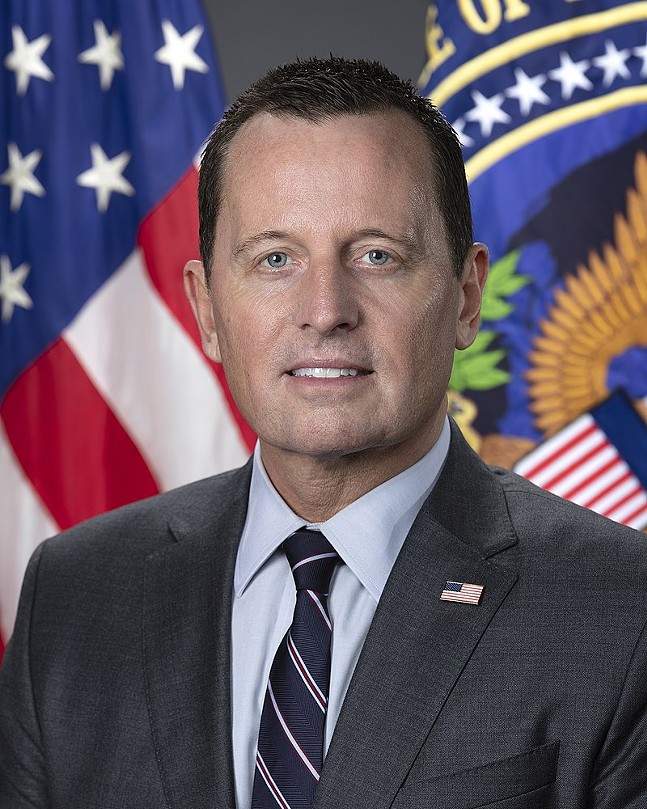 After announcing Grenell's position on social media, CMU and IPS were immediately met with criticism from students, staff, alumni, and others. In their announcement of Grenell's hiring, IPS touted him as having "a decade of experience in diplomacy and international relations," but far-right politics and personality that caused problems.

Grenell, who was the first openly gay person to hold a cabinet position, has worked to decriminalize homosexuality around the world.

"It is an honor to join Professor Kiron Skinner and her IPS colleagues to help develop projects concentrating on the new Europe and the global campaign to decriminalize homosexuality," said Grenell in a statement.

In Twitter replies to CMU's announcement, dozens of users called the hire "disappointing." One user wrote, "Even a cursory examination of Ric's Twitter and FB feeds demonstrate he's an extremely unserious right wing troll." Jeff Bigham, professor in CMU's Human-Computer Interaction Institute, tweeted that "people who propped up Trump, helped to execute his agenda, should not be welcomed to CMU."


people who propped up Trump, helped to execute his agenda, should not be welcomed to CMU

One of the criticisms of Grenell lies in his definition of "the new Europe." In a 2018 interview with far-right publication Breitbart, Grenell said, “I absolutely want to empower other conservatives throughout Europe, other leaders."

According to Politico, many German politicians took Grenell's comment as a nod to far-right European parties, which are responsible for a rise in nationalism in Europe. Some German politicians called the comment "at best undiplomatic and at worst a fireable offense," Politico writer Emily Schultheis wrote.

While he is openly gay and has sought to decriminalize homosexuality, Grenell has also said that the idea that Vice President Mike Pence is homophobic is a "hoax." (Pence has historically opposed gay marriage and denied legal protections for LGBTQ people.)

Grenell has also been criticized for his polarizing personality, especially on Twitter. Currently, Grenell's Twitter feed is filled with posts criticizing the movement to defund the police, clips of his own appearances on Fox News, and praise of the president, which again, some officials have called undiplomatic. In an interview with the New York Times, former Obama Administration advisor Susan E. Rice described Grenell as "one of the most nasty, dishonest people I’ve ever encountered."

Kiron Skinner, director of IPS, who previously worked as Director of Policy Planning at the Department of State under the Trump administration, issued a statement on Sun., June 14 in response to criticism of Grenell's hiring.

The response notes that Grenell won't teach classes, "but will engage with the CMU community in a variety of forums designed to increase our understanding of the new Europe, international relations more broadly, and the US-led diplomatic effort to decriminalize homosexuality throughout the world."

"The Institute for Politics and Strategy is fully committed to intellectual diversity, which is the hallmark of the Academy," writes Skinner in the statement. "As one of the diverse academic departments at Carnegie Mellon University, IPS has numerous people of color on its faculty, both in Pittsburgh and Washington, D.C. IPS also welcomes with a full heart students, staff, and faculty with a variety of political views."

On Mon., June 15, an open letter created by the CMU Undergraduate Student Senate began circulating and accumulating signatures. The letter, addressed to multiple CMU professors and administrators, including Skinner and provost James Garrett, addresses concerns from students about "our ability to maintain a safe environment for all IPS students."

The letter criticizes Grenell for his work as an ambassador to Germany and connection to far-right European parties. The letters also criticizes Grenell's response to recent protests in D.C., in which he denied the police used tear gas, and misinformation he tweeted about COVID-19.