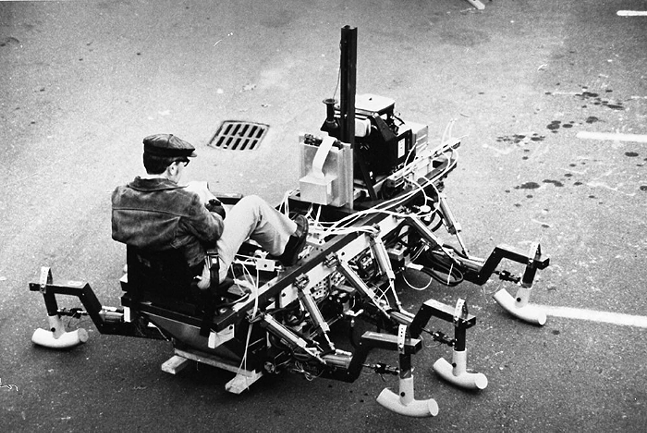 CMU’s first digital exhibition open to the public is “Building the Robot Archive,” which is a historical presentation of CMU’s projects in the field of robotics that included artifacts and materials that roboticists have produced since the beginning in the 1970s. The Robotics Project plans to have in-person exhibitions in the future.

Katherine Barbera, lead archivist in the Robotics Project, explained that the exhibition includes photographs and video documentation that reveal what a robot looks like, how it functions and develops, and who the creators are.

“We’re looking to go beyond a timeline, but it will follow a historical chronology of the history of robotics at CMU,” Barbera said.

Barbera said that early prototypes for many of the robotics projects are made from materials like wood and duct type, and for people like herself who didn’t have extensive knowledge on robotics and computer science can see what a robot is and how they transform.

“It's really interesting to see how something can go from a kind of prototype like that, to something that ends up being commercialized and sold as part of our daily lives,” Barbera said.

Aside from video documentation and photos, the Building the Robot Archive includes other artifacts such as research proposals, emails, codes, and trading cards roboticists have used in creation of their projects. The inclusion of these extensive materials provides documented information about the research of each project and their intentions.

“It really allows people to see what these robots were intended to do, and how they were supposed to function, but then also how they changed over time,” Barbera said. “We're really excited to present these contextual materials as much as possible to the public.”

The first exhibition is funded by the Alfred P. Sloan Foundation with a donation of $150,000 towards research into the creation of the project.

The idea for The Robotics Project came about in 2019 after conversations between CMU roboticists, scientists, and engineers, who focused their emphasis on two prominent roboticists, Red Whittaker and Chris Atkeson.

The first few exhibitions are hosted virtually due to the coronavirus pandemic, but Barbera said the digitization quickly helps reach larger audiences for those not located in Pittsburgh.