While Pittsburgh is showing strong signs of an economic rebound, small cities nearby are still suffering. 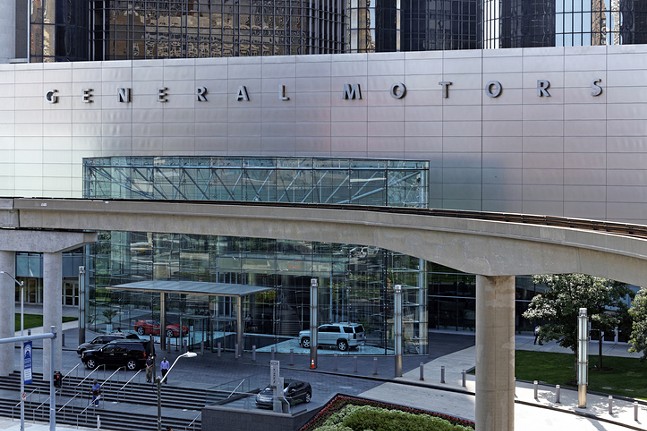 General Motors headquarters in Detroit
Two weeks after two economic-booming regions, New York City and Washington, D.C., were rewarded 25,000 potential jobs each with Amazon HQ2, one of the weakest economic regions, Youngstown, Ohio, is losing 4,500 jobs due to the announced closure of its General Motors plant in Lordstown.

The Lordstown car plant closure is one of five closures across North America where GM will lay off 15 percent of its workforce. For areas like Youngstown, the impact will be significant, says University of Pittsburgh economist Chris Briem.

“My big thing about this is it shows the challenges of regional transformation,” says Briem. “Can’t just look at the big regions. There are a whole swatch of medium-sized cities that need help to rebound. It is harder for the smaller regions to diversify into new industry.”

For example, Pittsburgh is still rebounding from the steel factory closures of the 1980s, but many small cities around it are not matching its progress.

From September 2017 to September 2018, the Pittsburgh metro area saw a 0.8 percent growth in employment. Pittsburgh also decreased its unemployment rate by 15.9 percent, down to 3.7 percent for the region. Growth in the tech, health care, and hospitality industries have helped Pittsburgh recover from decades-long economic decline.

Many of the cities within 90 minutes of Pittsburgh haven’t been so lucky. Youngstown has seen its employment rate drop 1.1 percent from September 2017 to September 2018. As Jed Kolko of Indeed points out on Twitter, this is lowest employment growth of any metro in the country with more than 500,000 people.


Several of the slowest growing metros are now in the South. But only 2 of the 100+ largest metros lost jobs year-over-year. pic.twitter.com/oIiMW5i2Dd


Youngstown unemployment did drop from 7.2 percent to 5.2 percent over the last year, but that is destined to tick up again with 2 percent of its workforce soon out of a job thanks to the Lordstown closing.

Briem says the economic impact on Youngstown will be quite large. And there could even be ripple effects within Pittsburgh, since Youngstown and Pittsburgh have a decent amount of economic ties and migration.

Weirton-Steubenville metro area in Ohio shrunk its employment force by 0.5 percent. In Wheeling W.Va., the labor force shrunk by 0.1 percent. Both these metro areas are within one hour of Pittsburgh.

Morgantown, W.Va. is the one bright spot in terms of employment. It saw an employment increase of 1.7 percent over the last year, which was faster than Pittsburgh. However, Morgantown actually increased its unemployment rate from 3.6 percent to 3.8 percent.

In fact, every small city near Pittsburgh saw its unemployment rate drop slower than Pittsburgh.
Youngstown-area U.S. Rep. Tim Ryan (D-Ohio) called the closure “devastating” for the Mahoning Valley and said it was this generation’s Black Monday, referencing the 1977 date when Youngstown Sheet and Tube furloughed 5,000 workers in one day. This event started the collapse of the steel industry in Eastern Ohio and Southwestern Pennsylvania.

Thousands of families have sacrificed to build GM into what it is today. And in return, GM has turned its back on us when we need them the most. This is a bad combination of greedy corporations and policy makers with no understanding of economic development. (3/8)

At a 2017 rally in Youngstown, President Donald Trump told a large Mahoning Valley crowd that he was working hard on a big tax-cut bill that would help bring jobs back to the area. "They’re coming back. Don’t move. Don’t sell your house,” said Trump. That bill passed later in 2017.

But the tax-cut bill appears to have no effect on GM, in terms of boosting jobs in the Youngstown area. But, it's not all bad for GM. On the same day that the Youngstown-area is reeling from losing 4,500 blue-collar jobs, GM’s stock rose 6 percent.