Though the battle to fund Planned Parenthood has passed for now in Washington, D.C., the family-planning organization and other abortion providers now face another fight closer to home.

House Bill 574, proposed by Tioga County Republican Matt Baker, would reclassify "abortion facility" to include any location that provides surgical abortions. It would also, among other things, require them to have the same fire, safety, personnel and equipment requirements as freestanding ambulatory surgical facilities. About 20 abortion clinics in the state would be affected. As of press time Monday, a vote on the bill was pending in the state House.

"This is about patient safety," Baker says. "This isn't about shutting [abortion facilities] down."

"This is an anti-abortion tactic to shut down abortion care in this state," says Sue Frietsche at the Women's Law Project, which works with clinics across the state.

Baker's bill came on the heels of authorities shutting down an abortion clinic operated by Dr. Kermit Gosnell in January. Authorities called Gosnell's Philadelphia outfit a "house of horrors," and accused him of killing seven live infants by cutting their spines, and one woman with an overdose of anesthesia.

The case also revealed what Baker calls a "gross lack of oversight" by the state Department of Health and other government agencies who didn't act on complaints and red flags about Gosnell's practice.

Baker says he based components of his legislation upon recommendations of a report by the Philadelphia grand jury that indicted Gosnell and his unlicensed employees and called out the health department for negligence.

"It just amplified the current lack of regulatory oversight, inspection and glaring inadequacies that transpired over the last 20 years by the Department of Health," Baker says. "To think that [abortion facilities] don't have the same level of care most women would expect was a shock," he says.

The Philadelphia District Attorney's office has said that the grand-jury report did not recommend some of the changes in Baker's bill. And Planned Parenthood of Western Pennsylvania, the Women's Law Project and the American Civil Liberties Union of Pennsylvania all say abortion facilities already face plenty of oversight. Planned Parenthood has a clinic on Liberty Avenue, Downtown, where only three percent of its services are abortions.

The Abortion Control Act and other parts of state code regulate the industry. Planned Parenthood, for example, is routinely inspected by three national organizations. The agency also did not receive any complaints on its most recent Department of Health inspection.

And further, the group contends, Baker's bill would just give slipshod providers like Gosnell more business.

The bill would require changes to abortion facilities like installing a "hospital-grade elevator," expanding the square footage of operating rooms from 150 to 400 feet, and employing a full-time nurse (nurses are currently on hand only during abortions). Kim Evert, CEO of Planned Parenthood, estimates such changes would increase the cost of an abortion by $1,000. Planned Parenthood currently charges about $360 for a first-term procedure and $960 for a second term.

"Where does that money come from for patients?" Evert says. "You're making care unaffordable and inaccessible."

And providers already are scrambling for financial assistance for their practices.

"[The government] won't provide medical assistance so you're going to create a factory of Gosnells," says Frietsche at the Law Project.

Baker's bill has the support of groups like the Pro-Life Federation and the Pennsylvania Family Institute. But state Rep. Dan Frankel (D-Squirrel Hill) says he doesn't buy his Republican counterpart's assertion that he wants to improve health care for women.

"He's ardently a pro-life advocate pushed by pro-life advocates," he says. "As you close legitimate [providers], women without resources to go to hospital-grade facilities will be driven to unqualified, unscrupulous facilities and it's going to be harmful to them."

Baker, for his part, believes the opposing argument is a "lame excuse" that suggests abortion facilities are concerned only with the bottom line: "It highly suggests they are more concerned with how much it will cost than [with] patient care, and that's an indictment on Planned Parenthood." 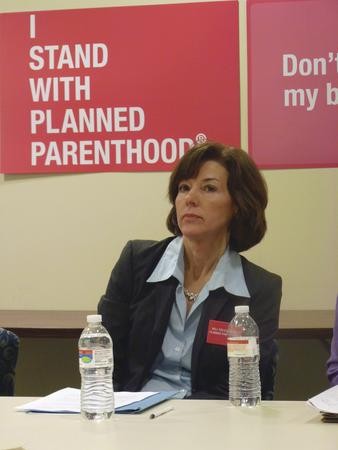