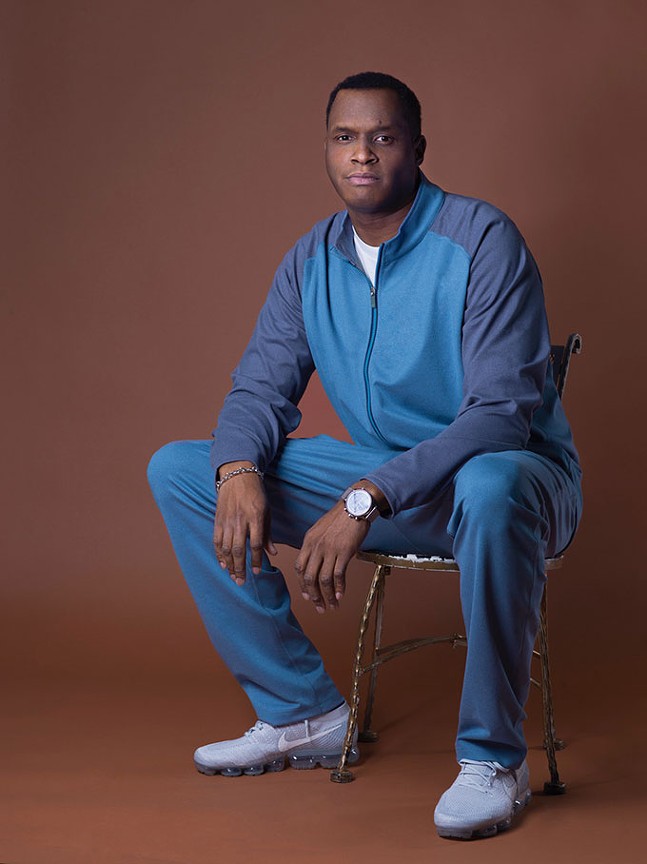 Claye Greene, the multi-instrumentalist, composer, and producer behind the jazz/neo-soul project Blue Soul Ten, is back with a new album, Ten Percent. It's not uncommon for artists to describe new work as a "departure," but Greene insists the new one is a world away from his Warrior concept series, a trilogy of albums he released from 2015-18.

Greene explains the evolution in a few different ways. First, Ten Percent has more vocals than the mostly instrumental Warrior records. Second, the songs on the new record are a little more radio-friendly (the first single is already getting play in the U.K.) and accessible.

But when it comes to concept, Ten Percent is just as heady, philosophical, and ambitious as Greene’s previous work. As Greene sees it, it's about the 90/10 split between what people dedicate most of their time to (the 90 percent) and the important, deeper stuff that gets less attention (the 10 percent).

"It's [the] 10 percent of what I can do that no one can touch," says Greene of the album's title, which is also alluded to in the project name, Blue Soul Ten. "When I’m in a zone of writing, that's just between me and God, if you will, and no human being can touch that because I'm selfish with it. I just believe that all of us need to be selfish in that way with our 10 percent."

If that sounds very earnest, it’s because Greene is very earnest, the type of person who can talk about their music being "commercially viable" without sounding materialistic, or discuss concept albums without navel-gazing. That sincerity pairs well with his knowledge of music theory and production (he studied at Berklee College of Music), and together, help explain his success over the past decade as a composer for TV and movie scores, and as a producer/writer for hire by his peers.

On the new single "Life," all of Greene's most recognizable skills and Blue Soul Ten’s qualities come to a head: the tight, clean production, reliance on collaboration, and thoughtful, open-hearted lyrics. The hook is written by his twin sons, who are introduced in the opening seconds with an idea for a song that their pops should develop (the scene is re-enacted, but did actually happen). Then we're dropped into an expertly balanced R&B song with bittersweet vocals delivered by U.K. singer Courtney Bennett. As the song reaches its crescendo, the melody starts to emerge and the whole thing comes full circle.

The boys have heard the song and they know it's getting airplay, and while they're a little shy about having their voices heard all over the world, Greene says that was kind of the point of the song. He wanted to show them how a simple idea can grow into something fully rounded, from personal to collaborative, a way of sharing his 10 percent.

Ten Percent will be available worldwide on all streaming platforms on Fri., Sept. 20. greenehousemusic.com