Without gimmicks or pretension, Stak Shak delivers fantastic versions of food you already like 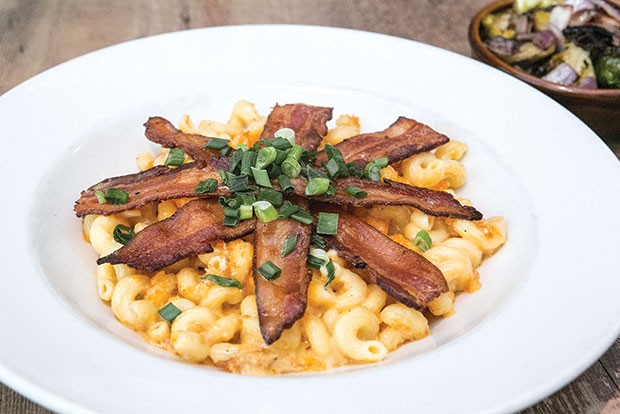 Legend attributes the sandwich to the whim of John Montagu, the Fourth Earl of Sandwich in 18th-century England. When the earl was too busy to consume a proper meal, he had a waiter hand him some salt beef between two slices of toasted bread.

From this expedient beginning, the humble sandwich has entered the canon of handheld meals. Nearly all diners, pubs and casual restaurants offer a selection of hot and cold sandwiches, and a few, such as Stak Shak in Allison Park, specialize in them.

Here, it’s all about the execution of mostly tried-and-true classics like the burger, the reuben and the BLT. The innovation is in the top-shelf ingredients and occasional modern, meaningful updates, such as pickled-ketchup aioli on the Colonel Klink (a.k.a. reuben), and leeks and jalapeño cream on the hot turkey. Appetizers and a half-dozen “comfort dishes” round out the menu.

Located on a stretch of country road between Route 8 and North Park, Stak Shak occupies a small but rambling building nestled along a creek in the woods. A glassed-in rear dining room with a stone fireplace, half hunting lodge and half solarium, must be spectacular in the summer or in snow, but on a rainy winter night, we sat in the small dining room beside the cheerily-lit bar. Like the menu, the decor was simple but quirky: all gray and red, punctuated by a few prints and a big, cartoonish mural of the animals featured on the menu.

Our first appetizer, a nacho-like potato-chip bake, was topped with chewy bacon, tangy Vermont blue-cheese sauce and plentiful scallions: a perfect taste combo. The only downside was the chips themselves. Hand-cut to a thicker texture than bagged chips, these were a little pale and ranged from slightly soft to a bit tough. Only a handful caught that perfect crisp.

“Bang bang” cauliflower — panko-coated and baked in sriracha aioli — had a nice crisp exterior, but the florets were only just cooked by frying, so that the interior was too firm to really contrast with the crust. But the sriracha aioli was flawless, flavorful with just a bit of kick, and expertly drizzled on top.

Charred Brussels sprouts were also firmer than we like and lacked the crispy outer leaves their name suggested. But the size of the cut suited the sprouts, and their flavor profile was excellent, well balanced between salty and sweet, and boosted by big pieces of softened, tangy red onion and a fruity balsamic dressing.

Meat patties are available in turkey, salmon, steak or crab. The first of these turned out to be inspired. Lean turkey burgers tend to be either dry and pebbly or loaded up with masking ingredients. But this one, served simply on a brioche bun, was flawlessly supple and tender. We thought we detected a panade, a bread-dairy mixture usually used to enrich meatballs, resulting in a tender, juicy burger that was also well seasoned with herbal notes.

A traditional egg-dipped Monte Cristo has a layer of jam among the turkey, ham and Swiss cheese. Stak Shak enticed Angelique by skipping the jam, swapping out Swiss for Gouda, and adding only a slight sprinkling of powdered sugar on the fried surface of the Italian bread. Sweetness could be added back in, to taste, via the cup of maple syrup served on the side. This sandwich would make a stellar breakfast, though it tended toward heavy and soggy.

Yet a third turkey sandwich, “Going Hot Turkey,” was a triumph, no less than the best turkey sandwich of Jason’s life. The shredded breast meat itself was fantastic enough to distinguish any sandwich, comparable in savor to pulled pork, yet it wasn’t the sole focus. Roasted tomatoes, tender sautéed leeks and jalapeño cream, all on a lightly grilled hoagie roll, amplified the flavor of this sandwich to pure deliciousness.

Four boneless pieces of chicken breast, more substantial than tenders or fingers, were served atop a single Belgian waffle in our comfort dish of choice. The chicken had a golden-brown crust and juicy interior, but the waffle, flavored with cheddar and chive, was a standout: light and fluffy with savory flavors mingling with a faint sweetness and hints of malt, or perhaps buttermilk. Southern-style pan gravy had excellent chicken flavor but a strangely pudding-like texture.

We finished with a chocolate-butterscotch brownie a la mode, the butterscotch coming in the form of golden crumbs sprinkled atop a tall, cakey brownie that was packed with chocolate flavor. It was an indulgent finish to a pretty great meal.

Without gimmicks or pretension, Stak Shak delivers fantastic versions of food you already like. 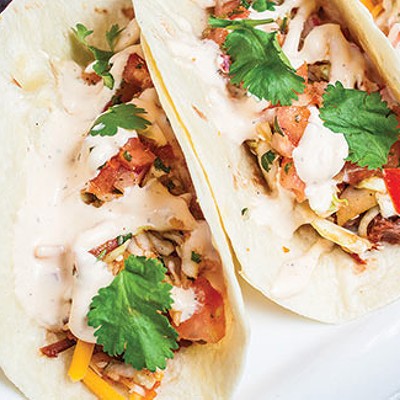 Friendship Perk and Brew is a cozy neighborhood spot in Bloomfield