The diverse collection of stories spans the neighborhood's long history. You end up expecting Rick Sebak to walk on stage. 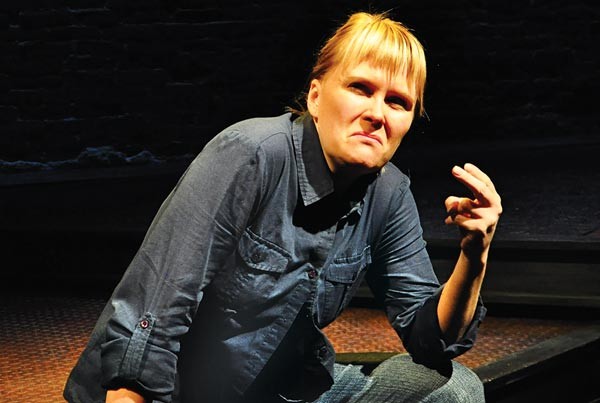 Tami Dixon in South Side Stories

I was excited to see South Side Stories with my roommate, a recent transplant to Pittsburgh, so I could show her something about her new town's character and history. South Side Stories, written by and starring Tami Dixon and directed by Matt M. Morrow, was perfect for my goal. The diverse collection of stories spans the neighborhood's long history, adapting tales told to Dixon by locals. You end up expecting Rick Sebak to walk on stage.

I have nothing but respect for the performer in a one-woman show, especially one in which she has to change characters on the fly as often as in this production. Dixon's characters run the full spectrum of class and race and gender, and she has to cross more of those boundaries than Pittsburgh has bridges. There are pitfalls: Some of the accents sounded about 200 miles too far south, and one segment commits the cardinal sin of being a novelty rap song. But this is top-quality stuff, and by and large, you will be floored by the diverse cast the writer/performer evokes.

The show is sort of an object lesson for wannabe writers — real-life stories are never structured in a satisfactory way. Most successful documentaries and literary nonfiction pieces have to process the story for a very long time to give the audience anything to take home besides the vague impression that there are a lot of people in the world.

An anthology format means committing to that process multiple times, which can be difficult for even the most accomplished writer. Many of these pieces succeed magnificently, reflecting the development of the neighborhood, or just painting the portrait of a capital-Y Yinzer. A rare few leave you feeling like you're missing an ending. The recurring segment, about a woman dealing with a sudden death on her block, raises and drops plot threads and shifts in tone from ethereal to madcap and back. We are essentially told that there was a conclusion, but not how it happened.

If you have ever tried to fit in by pretending to like French fries on your sandwiches, or if you somehow genuinely do like them, this show is about a world you love intimately.