What good are pro sports if you can’t pretend you’re an expert and make loud, sometimes unrealistic prognostications. 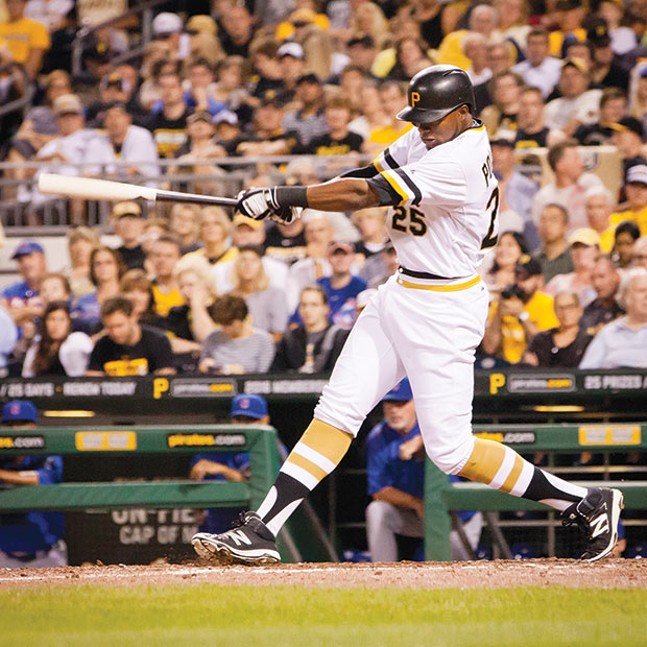 What good are pro sports if you can’t pretend you’re an expert and make loud, sometimes unrealistic prognostications? So, with that in mind, here are my six bold predictions for the Pirates and the 2018 Major League Baseball season.

Mercer is an extremely underrated shortstop whose offensive skills have improved in recent years. Since 2014, his fielding percentage has been in the top three among all major leaguers at the position.

Sean Rodriguez bobblehead night will be a sellout.

If there’s one thing that we all now know, it’s that Pittsburgh fans love Sean Rodriquez. When he was re-signed last season from Atlanta, it was a highlight of an otherwise crappy season. The bobblehead, to be given away on the June 23 game against Arizona, will feature the walk-off home run Rodriguez hit on his first night back last season. I’m still waiting for the bobblehead depicting Sean Rodriguez beating up a cooler during the playoffs a couple of years ago.

I’m starting to feel like that person who calls for a home run on every pitch, and then when it eventually happens, I claim that I could “feel it in my bones.” In 2016, I predicted that Marte would slam 30 homers and swipe 30 bags, and I felt good about it. He’s never stolen fewer than 30 bases, although the home-run total was a bit ambitious. Turns out it didn’t matter because he got caught using ’roids and was hit with an 80-game suspension. He’s got something to prove this year. He’s never hit 20 homers or reached 50 steals. This is the year.

The Chicago Cubs will not make the playoffs

They broke the curse or jinx or whatever you call it, so it’s time to begin the second year of Chicago’s new World Series drought.

This team has something to prove. Expect the “Pirates of the North Shore” to come out of the gates with cannons blazing. They’ll be leading the Central by four games in July, but a late-summer swoon is in the cards, as in the St. Louis Cardinals. A combination of bad deadline trades and injuries will cause the team to plummet.

Since he joined the Pirates, experts have been talking about how high Polanco’s ceiling was. He’s put together parts of great seasons, but never been able to string a truly great one together. He’s been building up power over the past three years in anticipation of a breakout season. Now in his fifth year, if he stays healthy, this will be his year.

Wysocki: The Pittsburgh Pirates won’t be able to turn it around without a major trade

Predictions for the second half of the Pittsburgh Pirates season